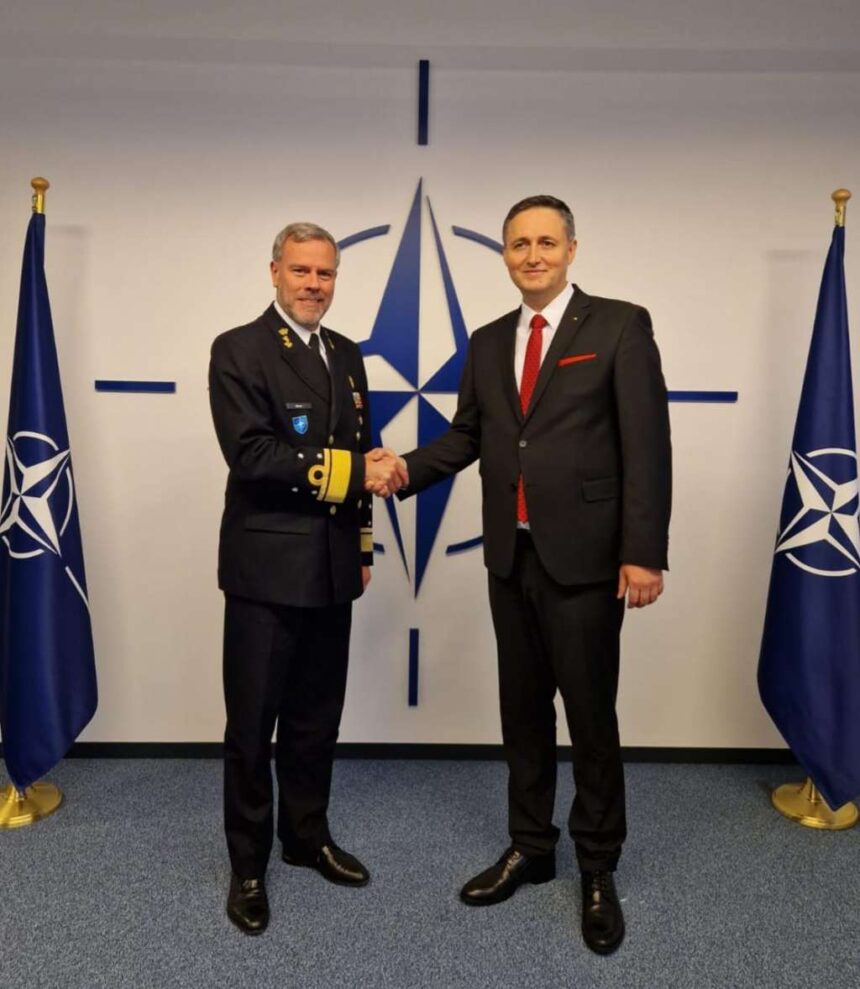 A member of the BiH Presidency, Denis Bećirović, spoke today in Brussels with the Chairman of the NATO Military Committee, Admiral Rob Bauer.

As announced by the BiH Presidency, as part of a well-planned visit to Brussels, Bećirović thanked Admiral Bauer for his concrete and continuous support to the state of Bosnia and Herzegovina. By the way, Admiral Bauer is the highest-ranking military authority of the North Atlantic Treaty Organization.

At the time of complex global and regional security challenges, the BiH Presidency member Bećirović said that the state of Bosnia and Herzegovina will intensify its path towards NATO, and in that context, he expressed his personal determination to do everything in accordance with his powers, adopted laws, and strategic decisions to Bosnia and Herzegovina becomes a member of NATO as soon as possible.

At the end of the meeting, a member of the BiH Presidency, Denis Bećirović, expressed hope that the upcoming NATO summit in Lithuania in June of this year will be another opportunity to point out the importance of Bosnia and Herzegovina’s accelerated progression towards NATO, and that BiH will send a clear the message that NATO membership is a certainty.

When will the President of the Court of BiH be appointed?
Next Article