A devastating earthquake hit Italy two days ago, killing hundreds of people. The old town of Amatrice was literally razed to the ground. Experts started wondering if the buildings in Sarajevo would sustain stronger earthquakes and are such earthquakes possible in Bosnia and Herzegovina at all.

“The territory of Bosnia and Herzegovina is among seismically relatively active zone. When it comes to Europe, countries that are more seismically active than BiH are Greece, Italy, and Turkey, but we are also somewhere at the top of the list and we register weaker earthquakes every day,” said Ivan Brlek from the Seismology Center of the Federal Hydrometeorological Institute, adding that the probability of devastating earthquakes in BiH in the coming period is very low.

Professors at the Faculty of Construction in Sarajevo Muhamed Zlatar and Zlatko Langof say that moderate earthquakes can cause smaller damage in Sarajevo, such as collapse of chimneys, damage on facades and cracks in party walls, but there should be no bigger damage.

“The condition of certain buildings cannot be precisely determined without performing geological research for every one of them, together with an analysis of construction and numeric calculations that would provide a final assessment of safety of a certain facility regarding seismic events. However, the fact is that old construction facilities are sensitive to seismic events, especially religious ones – mosques, churches and others,” said Langof.

Professor Zlatar also believes that there are no buildings in Sarajevo that would entirely collapse, but in case of a stronger earthquake the buildings that were not built in accordance with current standards would suffer the most damage.

“We have many buildings that were built 50, 60, 100 years ago. Those buildings were not designed and built for turbulent areas. They were made of brick, without concrete reinforcement, and built between the two world wars. Those buildings might suffer more damage in case of a stronger earthquake,” Zlatar said, adding that all Austro-Hungarian buildings would suffer some damage, including the building of the Presidency of BiH, the Faculty of Law and the National Museum, as well as the old buildings around the Koševo hospital.

Zlatar stated that newer facilities are also sensitive, but only those built without projects, which is usually the case with unlawfully built facilities and upgraded facilities.

“Landscapes are much more dangerous for Sarajevo than earthquakes and no one pays attention to them. Illegal construction still flourishes, experts for construction are not consulted. Precisely such facilities would be damaged first if a stronger earthquake hit Sarajevo,” Zlatar claims.

The strongest earthquake recorded in Bosnia and Herzegovina is the one in Banja Luka in 1969, with a magnitude of 6.6 degrees on Richter scale. Fifteen people were killed, a thousand of them were injured, and material damage was extensive. The strongest earthquake registered in the area of Sarajevo was in 1962. The epicenter was on Trebević mountain and the magnitude was 6.2 degrees on Richter scale. It caused minor material damage. 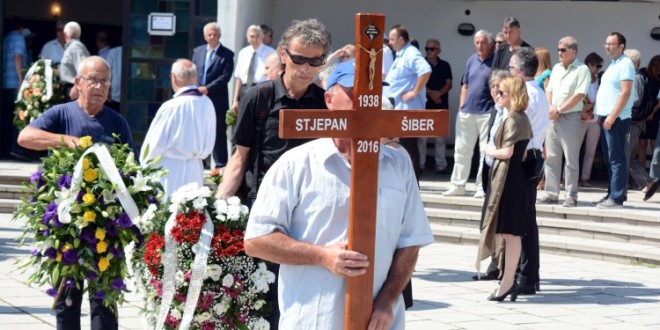 Stjepan Šiber buried with Military Honors (Gallery)
Next Article Are Arabs Tourists or future Residents of BiH?
Leave a comment Leave a comment