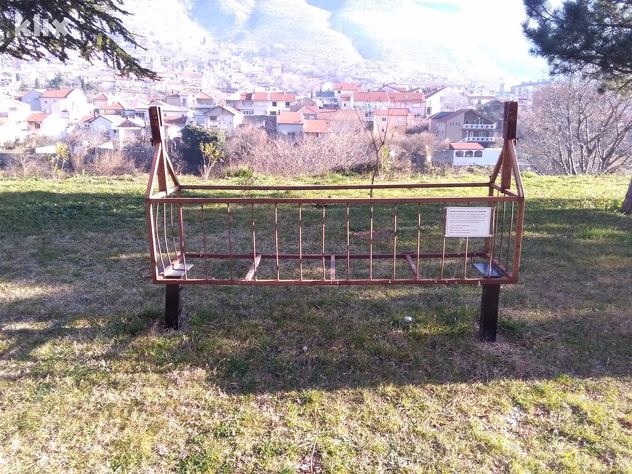 In late autumn 1993, when all the bridges on Neretva River were destroyed, as well as the Old Bridge at the end, between the Boulevard and Neretva lived thousands of citizens in a certain kind of enclave, on one side was war dividing line, on the other wild river.

They were divided from the world, without any communication. This situation produced a brilliant idea, to drag a cable across the river, and metal basket on the improvised cable that will connect Port and Donja Mahala.

In the next ten months, this basket served the people for food, medicine, humanitarian aid, even travelers when later improvised bridges were particularly uncertain, the bucket was still in operation. Mahala counted pregnant women who went to the maternity unit in this basket. Imagine to go over Neretva River from one to the other side in this thing at a height of 20 meters from the water surface. It certainly took courage. You went by inertia and gravity until the middle of the river, and then you were dragged by the people from the other side.

The basket was collecting corrosion on itself for more than twenty years, waiting to “see the light of day again.” Association “Sinovi Mahale (Sons of Mahala)” remembered its importance to this region, and its designer and creator Emir Zvonic talked about those times, as they were yesterday.

“There was basket between the hotel ‘Bristol’ and hotel ‘Neretva’, but it was a failure, it weighed 380 kg and nobody could draw it, so people gave up on it soon. I was remembered because they believed that I could improve this idea,” said Zvonic.

Emir’s basket at the end weighed just 74 kg, and that was the secret of his success. They found the perfect place for the basket, just below Port Bridge, between mechanical store of Ramo Djuliman on the right bank and Andric’s basement on the left.

“We brought down a wall of Ramo’s auto-mechanic shop, and basement on the other, port side, had an appropriate big window that corresponded by the required width,” remembered Zvonic.

Everything was done in a few days, there was no time to wait. We tried the basket on three curbs of 70 kg, but we had to find volunteers, the first living person to use the basket and ropes to cross Neretva River.

The woman, Samija Grebovic, had more courage than any man, remembers Emir, saying that Mrs. Grebovic took two pans of donuts to citizens of the Port as a gift.

Basket lived for a long time, later people took humanitarian aid over bridges in order for people not pulling it on their back.

This basket saved Donja Mahala, Semovac and part of Cernica. Sarajevo had a tunnel under the runway, Mostar had the basket. 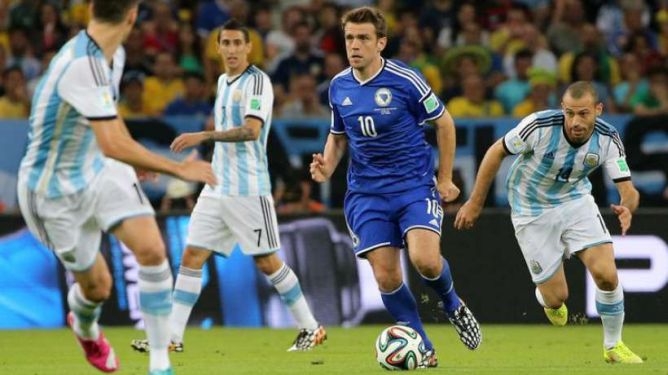 US Embassy to BiH: Those who do not respect the Decision of the Constitutional Court must be held responsible for it!
Leave a comment Leave a comment