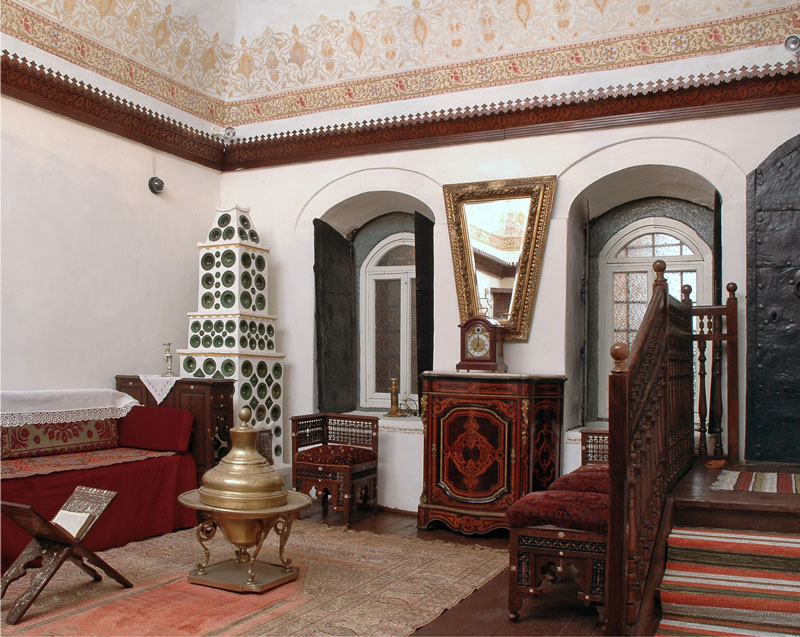 The Despićs have long been one of the wealthiest and most prominent Serb families in Sarajevo. The progenitor of the family was Risto Sljepčević, who is believed to have moved to Sarajevo in the mid-18th century from the Herzegovinian village of Sambor.

Here in the city on the Miljacka he learned his ćurčijski (leather making) trade and married Despa, who is said to have been the daughter of a handžija (the owner of a han, or inn) from Nadkovači. Since Despa was from Sarajevo, Sarajevans referred to their descendants as Despići, or Despa’s sons.

The name Despić was first mentioned around 1780 when Risto and Despa’s son, Nikola Ristić (Despić), bought a house (Despić House) in Latinluk, a shop in Tašlihan and a storehouse which he used to start his trading business, making it more modern and European.

With time, the Despićs grew from small tradesmen who sold goods out of their own workshops to become reputable merchants who traded in Istanbul, Vienna, Italy and Germany….

The Despićs reached their peak by the end of the 19th and beginning of the 20th century when Maksim “Makso” Despić, known as Hajji Makso because he had made two pilgrimages (hajj) to Jerusalem, was at the head of the family. He was a ktitor (donor) for the Saborna Orthodox Church in Sarajevo and was chosen to represent the interests of the Serbian-Orthodox community before the Turkish authorities.

During the early years of Austro-Hungary’s occupation of Bosnia and Herzegovina he served on the Sarajevo City Council, was a member of the delegation which went to greet Czar Franz Joseph, was a trustee for the tobacco industry in the city government….

In the large front room of the Despić home, Hajji Makso organized the first theater shows in Sarajevo. One could only attend by receiving an invitation from the host and most pieces performed were comedic works by Jovan Sterija Popović and Kosta Trifković. There were parties for guests after the shows, making the Despić’s home a gathering place for Sarajevo’s elite during that time.

Makso’s son, Pero, studied in Vienna, where he married an Austrian woman, Wilhelmina, who was affectionately called Mina by Sarajevans. She brought a new trend with her – after lunch she would play the piano for members of the family and guests and she also organized regular gatherings over coffee for prominent women of Sarajevo.

The wartime periods of the First and Second World Wars had an impoverishing and weakening influence on the Despićs and many members of this prominent family were later scattered throughout the world.

The last male descendant of the Sarajevan Despićs, Hajji Makso’s great-grandson, Pero, moved to Belgium in 1969. Before his departure, he bequeathed Despić House to the Museum of the City of Sarajevo, under the condition that it include an exhibit depicting the daily life of an old Serbian merchant family.

And so it was and today Despić House, the oldest part of which dates from the 17th century, is an annex of the Museum of Sarajevo and is full of many interesting objects. The most interesting items are Hajji “Makso” Despić’s testament and the piano belonging to Wilhelmina “Mina” Despić, which was produced by the family’s manufacturing company, Neubauer, in Vienna.

It’s interesting to note that the Despićs are responsible for providing a home for yet another Sarajevo museum, for they also owned the house which is now the Museum of Literature and Performing Arts of BiH

From Palmer to Murphy: How the U.S. Approach to Electoral Reform changed at the End of the Negotiations
Next Article