On major most roads in Bosnia and Herzegovina (BiH), due to the snow, the traffic has slowed down and only exception is the road to the south where the roads are dry, but there is a warning of occasional strong winds.

A ban on the movement for freight vehicles on the road Glamoc-Mliniste is in force, while on road Olovo-Kladanj (Karaula)and Travnik-Donji Vakuf (Komar) police exclude freight vehicles without chains.  Traffic on the Sarajevo-Rogatica route is very difficult, in the wider area of Romanija Mountain as well, while in the area of Kupres, Suica, Glamoc and Tomislavgrad, and on the road Bosanski Petrovac-Ostrelj-Drvar, strong wind creates additional problem.

And on other roads in BiH, there are snow and ice, which means that freight vehicles on these roads should use chains. It is advisable to take a cautious ride and BIHAMK warned drivers not to travel on the road without winter equipment. On the regional road R-419 Mihalji-Blidinje, the traffic for vehicles with a total mass exceeding 3.5 t is suspended. Due to repairs on the Vranduk II tunnel, the traffic on M-17 Zenica-Nemila highway is carried out in one lane.

Due to bad conditions for driving in Croatia, traffic to the Izacic-Licko Petrovo Selo Railway is forbidden for trucks with trailers.

At the border crossing Bosanski Novi-Dvor, the traffic is suspended due to works.

For the weekend, the intense traffic is expected on the roads in BiH and at border crossings, BIHAMK stated. 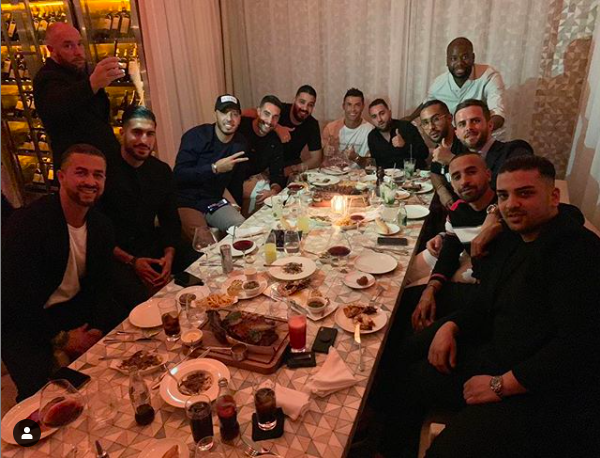 Miralem Pjanic with Cristiano Ronaldo and others on a Holiday in Dubai
Next Article Four Months Later, No Official Results of Trains Collision Investigation
Leave a comment Leave a comment