Bosnia and Herzegovina (BiH), with a population of 3.8 million, became independent from the former Yugoslavia on 3 March 1992, following a referendum that was boycotted by ethnic Serbs.

Bosnia and Herzegovina was offered an EU membership perspective during the EU-Western Balkans summit in Thessaloniki (2003), subsequently restated in Sofia (2018), Zagreb (2020), Brdo (2021) and, most recently, Brussels (2022). The Parliament is expected to vote on the European Commission’s 2021 annual report on BiH during its July 2022 plenary session.

Bosnia and Herzegovina is implementing the EU-BiH Stabilisation and Association Agreement (SAA), which entered into force in June 2015, but the country’s path to European integration has been rather slow, on account of internal political instability and a lack of progress on electoral and constitutional reforms. The EU and international community have been active in promoting stability through the EUFOR Althea military operation and the Office of the High Representative. In the 2021-2022 period, the EU contributed to military and medical capabilities financed through the European Peace Facility.
Bosnia and Herzegovina applied for EU membership in 2016. In its 2019 opinion, the European Commission identified 14 key priorities for the country to act on before the EU could open accession negotiations, including deep reforms in the areas of democracy, the rule of law and fundamental rights.

However, as stated in the European Commission’s 2021 report on Bosnia and Herzegovina, ‘the public political commitment of the authorities at all levels of government to the strategic goal of European integration has not been turned into concrete action, as political leaders continued to engage in divisive rhetoric and unconstructive political disputes’.

The coronavirus pandemic exacerbated social and political unrest. On 8 October 2021, Milorad Dodik, the Serbian member of Bosnia’s tripartite presidency, and leader of the Alliance of Independent Social Democrats (SNSD) party, threatened to withdraw Bosnian Serbs from key institutions of the country. On 10 December 2021, the Parliament of Republika Srpska took legislative steps to initiate this withdrawal through a 49–3 vote, including a declaration that called for the drafting of a new constitution for the entity.

The EU declared it would impose sanctions against Republika Srpska representatives if the situation worsened. Internal challenges are compounded by external interference, mainly from Russia, as Bosnia and Herzegovina, Serbia and Kosovo* are the only three countries of the region that have not yet joined NATO.

It regrets the impasse in negotiations on electoral and constitutional reforms and the lack of political will to overcome it. The report also calls on all actors to ensure that elections go ahead in October as planned.

Welcoming the recent reinforcement of EUFOR Althea and the support provided under the European Peace Facility, the committee calls for the EU to take practical steps to incorporate the Western Balkans and BiH within a broader strategic and security context, not least in view of Russia’s war on Ukraine and malign interference destabilising the country and region.

*This designation is without prejudice to positions on status, and is in line with UNSCR 1244/1999 and the ICJ Opinion on the Kosovo declaration of independence. 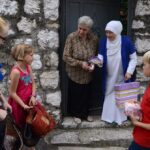 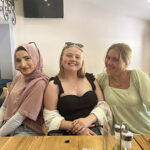