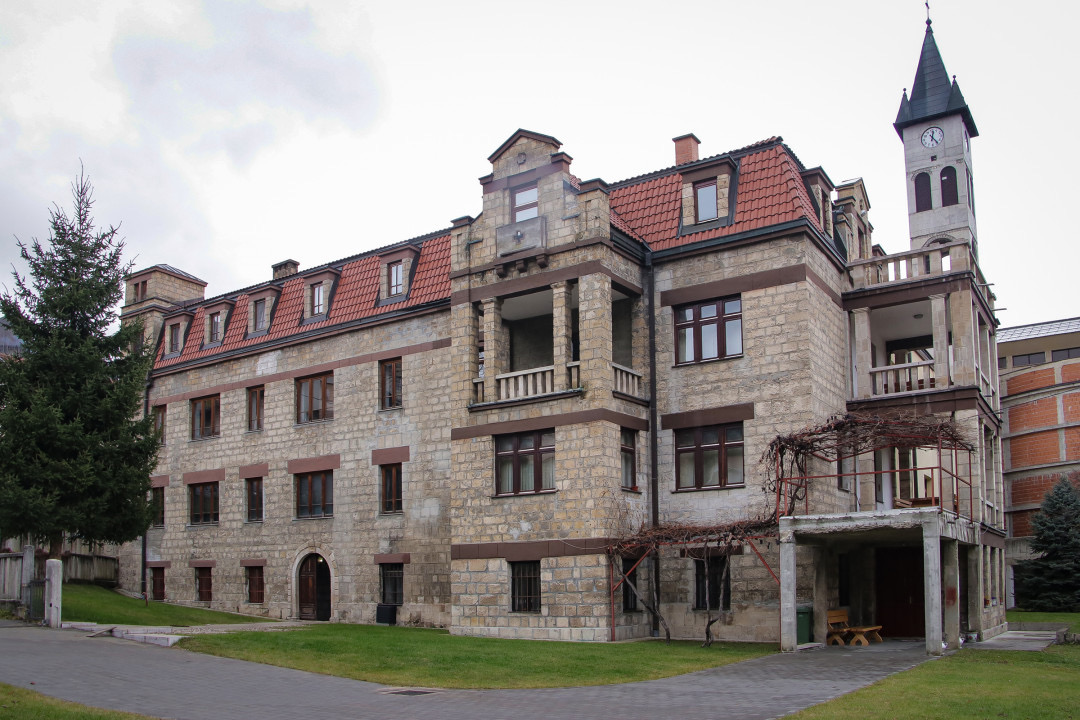 The Franciscan Museum Jajce, located in the premises of the Franciscan Monastery of St. Luke in this town, recently opened an exhibition dedicated to medieval Bosnia and Herzegovina (BiH), which shows the history of this area in the Middle Ages.

“The monastery in Jajce has this privilege, I would say, that since 1888, in the late 19th century, the Franciscans received the land remains of Stjepan Tomasevic, and lately the Franciscans have been thinking that we do not know enough about medieval Bosnia and that the Middle Ages are not just about Stjepan Tomasevic but a much richer and more interesting history, the history of this region so they tried to make something new, something different, something that will give people a more complete picture of what Bosnia was like in the Middle Ages, “Franjo Leovac, curator of the Franciscan Museum in Jajce told to Anadolu Agency to (AA).

He pointed out that many more people like Kulin Ban, Tvrrtko I, Stjepan Tomasevic, have left their mark through rich centuries and years, and almost nothing is known about it.

“The central place is the remains of Stjepan Tomasevic, which we have now closed in a way so that they are not seen so much, there are many reasons, on the other hand, we told this history from the tenth century until the death of Stjepan Tomasevic, all that happened to Bosnia, “ Leovac stated.

He explained that the exhibition showed the people who ruled and left their mark, crucial moments, from individual battles in the Balkans, in this area until 1463 and the death of Stjepan Tomasevic, as the last Bosnian king, and visitors have the opportunity to see something different.

A guide about medieval Bosnia is being prepared, the text for the guide itself, as well as for the exhibition, was prepared by prof. Dr. Emir Filipovic, professor at the Faculty of Philosophy, University of Sarajevo. For the concept itself, along with the friars, the Franciscans in Jajce, the conceptual solution was given by Amar Zuka, a young architect who works at the Faculty of Architecture, University of Sarajevo. The collaboration with Zuka has lasted for several years, and he also worked on a previous project with three exhibitions at the Franciscan Monastery of St. Luke in Jajce.

Leovac mentioned that in this museum they tried to tell the history of Jajce, which is often talked about as the capital of the Bosnian kingdom, from prehistory to the present day. When it comes to the Middle Ages, in the beginning, there is the Pliva Parish, a slightly wider area than today’s Jajce, the Pliva Valley, a space that is naturally very interesting.

“Archaeologically, Jajce is very poorly researched, only two projects have been done systematically, the king’s tomb, the research of the king’s tomb done by Dr. Ciro Truhelka, and the other place is the Church of St. Mary,” said Leovac.

According to Leovac, little is known today about the Church of St. Mary or the mosque of Sultan Suleiman II.

In 2019, this museum was visited by many tourists.

“Jajce was visited by more than 150.00 visitors that year and most of them came here to the museum. However, after COVIDappeared, that number dropped significantly, not only in Jajce and BiH, but I would say in the world all these things stopped so that the Franciscans in 2021, the Franciscans felt a significant return, a significant number of people from BiH came primarily to visit BiH, not going to some other destinations. Specifically, the eighth month was quite visited and we hope that in 2022 that visit will return at least in part to what it was in 2019,” Leovac concluded.