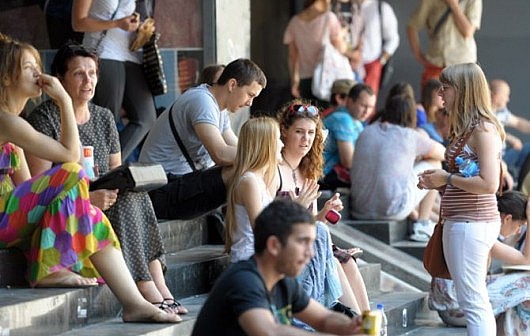 Members of the Tuzla Canton (TC) Assembly adopted amendments to the law on primary and secondary education, which imply that educators accused of a number of crimes are no longer subject to suspension.

Namely, in recent days, a lot of attention has been paid to the announced changes to the law on primary and secondary education, which were specifically adopted by the deputies in the TC Assembly at the last session of that legislature. The opposition is especially loud, which indicates that the document in such a shameful form should not have been adopted.

“If a professor or teacher is accused of some of the most serious crimes, such as violence against a child, he actually continues to work continuously until the final indictment. This is completely unacceptable. That is why there is a suspension system, in fact, it existed until this amendment. In suspension, the employee receives 70 percent of the salary, but is temporarily removed from the teaching process until the end of the process, “ notedMahir Mesalic, a member of the Democratic Front (DF) in the TC Assembly.

As the opposition explained, the amendments to the law, for example, enable an educator with a confirmed court indictment for a serious act to continue to work unhindered with children, without temporary suspension from work for some crimes punishable by up to five years in prison.

It is interesting that the proposer of such a law is not the Ministry of Education of TC, whose obligation is to propose and harmonize amendments to the law within its department. This was done in this case by the parliamentary majority, led by the Social Democratic Party (SDP).

Until the document is corrected, unfortunately, educators with indictments will be able to pass on knowledge to students in TC– the only question is: which knowledge?