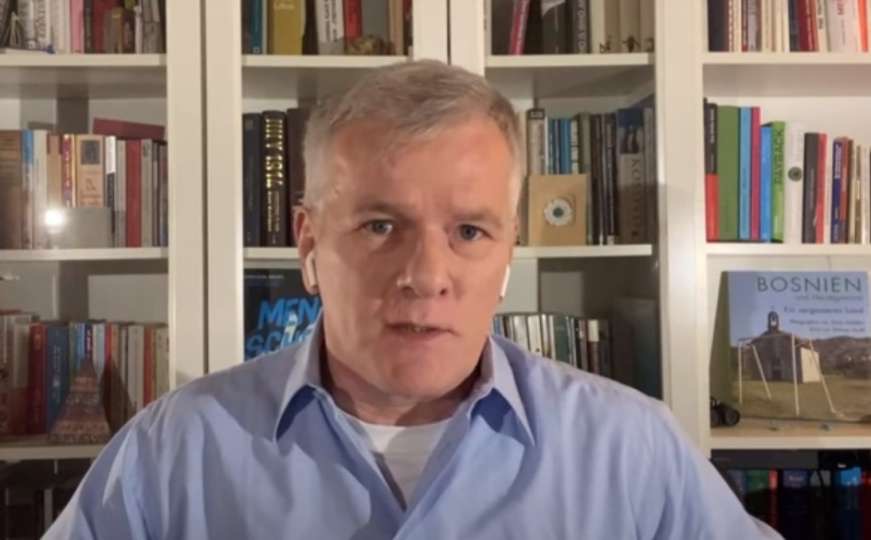 German politician and former member of the Bundestag, Stefan Schwarz addressed the citizens of our country via his Facebook profile.

“I often hear the question from Bosnians: What should be done? What should we do? Dodik, Vucic, Putin, Covic, Izetbegovic, Christian Schmidt, Palmer, and Eichhorst? This question was answered by Gabriel Escobar and others. Nothing? You can just whine? Or – get up. to fight for Bosnia and Herzegovina (BiH) by peaceful means, with all efforts! Not corrupt. Not nationalists. Not oligarchs. Not those who do not want Bosnia in Europe because they do not want the rule of law. Because then they would be in prison for corruption and crime, “ he said.

As he pointed out, there is Christmas now, and then comes the New Year.

“Time works against Bosnia when Bosnia does nothing. Time works for BiH when Bosnians do something. Don’t complain, fight. The war was worse and we saved Bosnia. It was bad, but Bosnia survived. Bosnia can survive today. Even win. Freedom instead of corruption. Rule of law, end of nepotism. BiH can join the European Union (EU),” the German stressed.

“FC Bayern does not win (only) because it has good players and coaches. It often wins just because it believes in itself. ‘Mia san mia’ is the motto of Bayern. ‘I am a Berliner,’ Kennedy said in divided Berlin. Nobody believed in the freedom and unity of Germany at that time, only a few. Today, Germany is united and free again. Bosnia is still divided. Nationalists, corrupt people who divide the country, still rule, ” he told.

We must finally oppose them, he stressed.

“Take the state out of the hands of the robbers again. Restore freedom, rights, and dignity. It will be difficult. It takes strength. But it works. Nothing is as strong as the will of the people. Nothing can stop the flow. Nothing can stop Bosnians. When they finally stop complaining and start fighting for their country and their dignity,” Schwarz concluded.