Implementation of significant infrastructure projects that will be funded with credits from the Saudi Fund for Development will begin in Goražde soon, it was confirmed during yesterday’s visit of the delegation of this Fund to the Municipality of Goražde.

“We in Goražde finance infrastructure projects that amount to around 20 million Saudi Arabian riyals, or eight million dollars. We will also monitor the implementation of other projects that are in connection with the Saudi Fund for Development. We are active in BiH since 1996, therefore the amount of money that we invested in BiH so far is around 590 million riyals. Those are grants and loans that we gave in BiH. Regarding the implementation of projects in the Municipality of Goražde, the protocol was signed two months ago and funds were approved for Goražde. As the projects are implemented, the money will be distributed in the way that we agreed to previously,” stated Mohammed Al Dalilan, representative of the Saudi Fund for Development.

The Municipality confirmed that only formal procedures are in the way to the beginning of works.

“We have prepared all the projects, implemented the necessary procedures, chosen the contractor. We can start signing contracts with seven chosen companies very soon and officially launch the works. Today we got the green light, so works on all projects can begin. We are especially happy because of the water supply network because we know that citizens have a lot of problems and that will be the first project,” said Muhamed Ramović, Mayor of Goražde.

Construction of a bridge in the settlement Vitkovići, reconstruction of the secondary water supply network and repair and reconstruction of the roads Osanica – Ilovača and Mravinjac – Berič are projects on which seven companies will work. The companies will be paid directly by the Saudi Fund. Ratification of the agreement in the national parliament is being waited for, but the Municipality stated that this will not condition the works. The Municipality will start working on all projects at the same time no later than one month from now, immediately after the signing of contracts with the selected contractors. 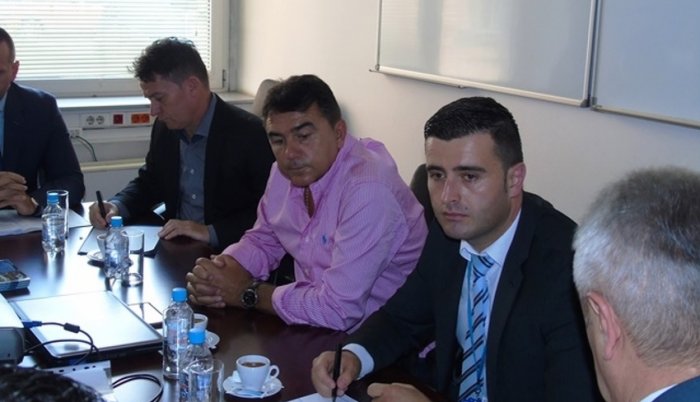