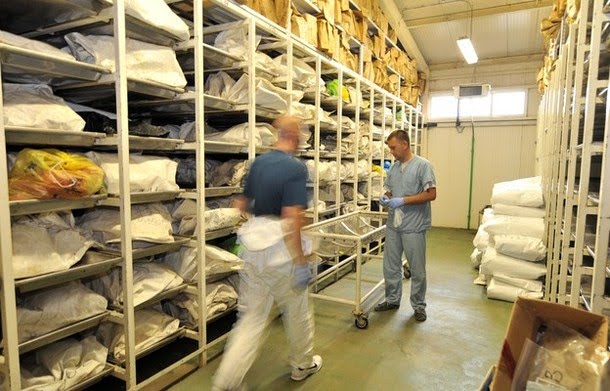 On this day, 20 years ago, International Commission on Missing Persons (ICMP) issued its first DNA match report for the purpose of identifying tens of thousands of people missing in the wars in the former Yugoslavia.

As a result of this report, the body of a 15-year old boy who had disappeared at Srebrenica was identified. This marked the start of a revolutionary new process using advanced database and DNA technology to identify large numbers of persons missing from armed conflict and human rights abuses.

“Working with families of the missing and governments in the Western Balkans, ICMP became the first organization to successfully implement a population-based, DNA-led identification process in a post-conflict environment. The use of DNA not only increased the speed of identifications, but also provided irrefutable evidence of a person’s identity that could be linked back to the original crime scene,” said Kathryne Bomberger, Director-General of ICMP.

As she stated this process has enabled families of the missing to secure their rights to truth and justice and has laid the foundations for an honest reckoning of atrocities that were committed.

“It has helped to uncover the truth about war crimes and I hope that it will prevent the political manipulation of the missing persons issue,” she added.

Following the conflicts in the former Yugoslavia more than 40,000 persons were reported missing. ICMP supported the work of families of the missing and the regional governments starting in 1996. In addition to supporting the investigation into thousands of missing persons cases, to creating purpose-specific legislation and to enabling the establishment of impartial missing persons institutions, ICMP collected data, including genetic reference samples from over 100,000 families of the missing who voluntarily provided their data.

This means that all families, regardless of nationality religion, gender, or any other factor, participate in efforts to find their missing relatives. In addition, ICMP received over 60,000 post-mortem samples from governments and issued 41,055 DNA-match reports enabling DNA to be used as the frontline of regional identification efforts.

This unprecedented achievement includes identifying 7,000 of the approximately 8,000 persons missing from the Srebrenica Genocide, announced the ICMP.