These persons are accused in the case codenamed ‘Pat’ and they are charged, as members of a group of people, to have illegally procured, stored, sold or otherwise put into circulation on the territory of Bosnia and Herzegovina excise goods-tobacco products which were not marked with control stamps, in the period from 13 July 2016 to 2 April 2017, all with the intention of acquiring unlawful material gain.

The Indictment alleges that the principal accused Bjelogrlić, being the organizer and leader of the group of which other accused persons became members for the purpose of acquiring unlawful material gain, had a clearly defined organization of work in which the roles of the group members were mostly divided into suppliers, buyers and accomplices in the distribution of cigarettes.

The Indictment alleges that the accused Bjelogrlić was giving specific instructions for the organization of these illegal activities in undertaking the procurement, storage and sale of cigarettes from the territory of Herzegovina and their further distribution in the areas of Sarajevo, Zenica and Foča, for which occasion he organized a network of resellers, whereas other members of the group were handling the procurement, arrangements, takeover, transport and exchange of cigarettes, sale of tobacco products and the storage of such products with the aim of their final sale and putting these products into circulation, all according to the instructions given.

In this manner, the accused persons were causing damage to the budget and citizens of Bosnia and Herzegovina, and they acquired unlawful material gain for themselves.

During the search, large quantities of different brands of cigarettes without excise stamps and cut tobacco were found and temporarily seized.

The Indictment has been forwarded to the Court of Bosnia and Herzegovina for confirmation. 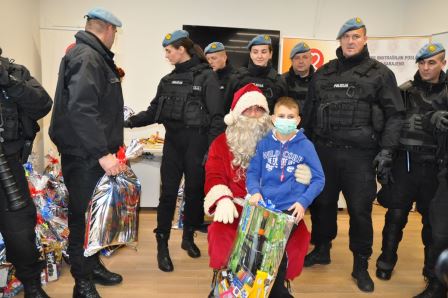