The International Economy Fair Mostar is scheduled from May 2nd to 6th and will gather, as in previous years, a large number of exhibitors, and will be accompanied by many business forums, a rich conference program, and B2B meetings, where businessmen will have the opportunity to exchange experiences, expand the circle of business acquaintances, improve their own business through the conclusion of business contracts, as well as a multitude of educations that will be available to them as part of the Fair program, announced the Cantonal Chamber of Commerce Tuzla.

The partner country of this year’s Fair is Israel.

”We are convinced that the successful presentation and the announced large response of exhibitors from Israel and Bosnia and Herzegovina (BiH), as well as countries of the region and the world, at the 24th International Economic Fair Mostar, will contribute to improving the economic potential of all key actors,” the Organizers announced. 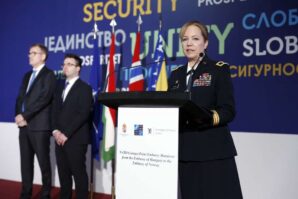