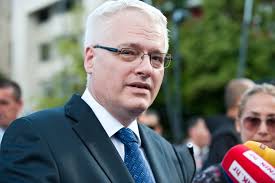 Former Croatian President Ivo Josipovic on Sunday most strongly condemned the Croatian parliament’s sponsorship of the Bleiburg commemoration, saying that it was not an act of commemorating the victims but a problematic political event and “a case of shameful manipulation.”

“The Bleiburg commemoration, held under Croatia’s auspices, is anything but an act of commemoration. It is a strong political message that serves the purpose of historical and political revisionism, rehabilitation of Ustasha ideology and strengthening nationalism and the political right,” Josipovic said in an interview with the Bosnian news portal Faktor.

Josipovic also said that there was no doubt that crimes had been committed against numerous people in May 1945 and that that truth must not be concealed but that facts must not be used for political purposes either.

“Many people were killed… there is no justification for such a large number of killings,” he said, adding that believers and their church have the right to pray for the souls of the deceased but that it is problematic when that is done without the historical context and with “dangerous political messages.”

That is especially dangerous in the multiethnic Sarajevo and in Bosnia and Herzegovina, which felt strongly the consequences of the Ustasha regime and which continues to be burdened by ethnic intolerance and policies that are responsible for the suffering in WWII as well as in the 1990s war, Josipovic said, adding that this was why he believed Sarajevo Archbishop Vinko Puljic was wrong to hold a memorial mass for the Bleiburg victims in Sarajevo on Saturday.