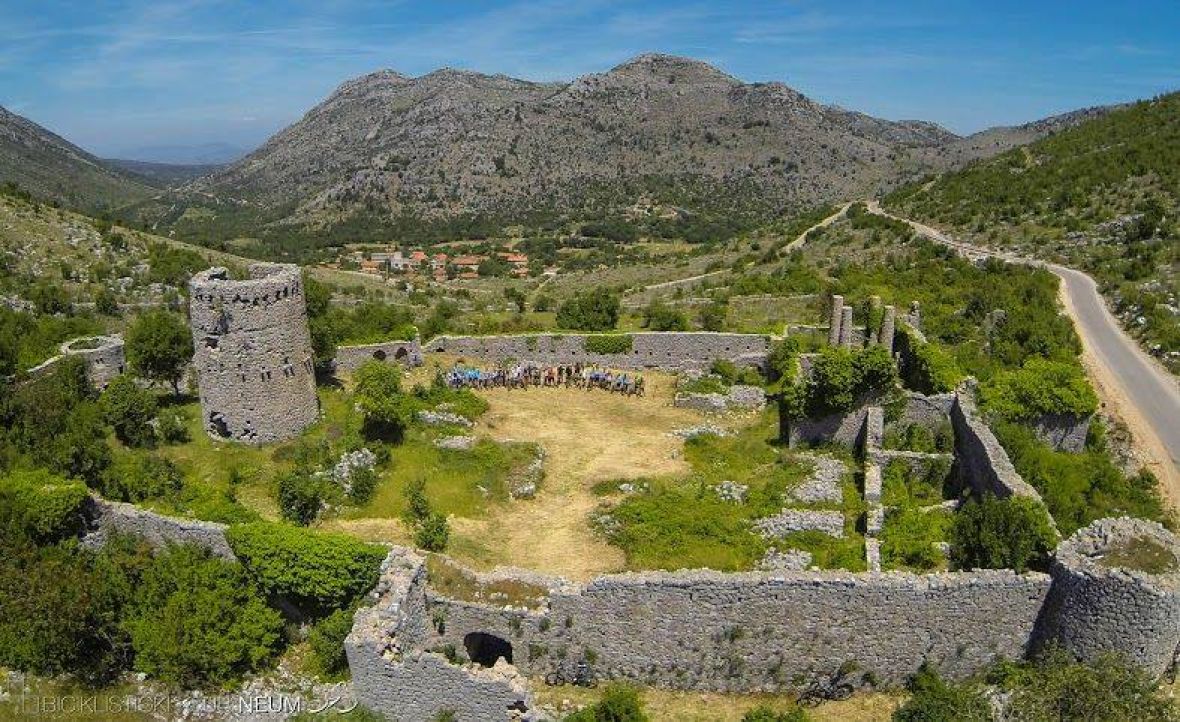 When you depart from Stolac in Neum, on a narrow road at the foot of the mountain Zaba you will find a stone building of the Old Town in Hutovo.

There is no original data about the origin of this settlement, and the name of the town came from the Latin word for falcon – Huti. It is believed that Huti was the name of the nobleman who lived here in Roman times. The prehistoric settlement was not discovered until 1990, in which the main building was a watch tower which monitored the road that ran through the town.

Venetians and Ottomans fought in this area, and Hutovo town after the fall of Pocitelj and Capljina in the 15th century fell under the rule of the Ottoman Empire, but wars continued.

Through the place is passing the prehistoric Great Path or Path of Salt from Ston, through which passed the Bosnian Queen Katarina (daughter of Duke Stjepan Kosaca and wife of Stjepan Tomas Kotromanic) in 1463 when she had to leave Bosnia and go to exile in Ston, and then in Rome.

Hutov town bears the name Hadzibegov town that is actually known in the literature and on the road maps, which is related to the family Rizvanbegovic.

In the round tower of the Stolac captaincy then commanded Hadzi Mehmed Beg who turned customs tower into a fortress. By that time, the tower was used for collecting customs duties for the caravans that passed that way.

Eight plates testify that the walls around the tower were built in the period between 1796 and 1806, and today there are only three.

Locals have interesting legends about these plates. They believe that the inscriptions on plates are mysterious powers against snakes that Hadzibeg was interested in (tsilum)  and they state that no one has ever seen snakes in Hutovo fortress to date.

Hadzi-beg was also considered as a magician who was interested in books and astronomy, through which he wanted to take a peek into the future.

For the nine towers of Hutovo town is connected the legend that says that Hadzibeg captured each of his opponents among the icy walls of the tower.

However, in his numerous wars, residents of Hutovo stood shoulder to shoulder with him because there was a rumor that he never wanted to seize their land, but that he was helping them.

Hadzic: If Citizens would pay, the Water Supply would be better
Next Article