The best swimmer from Bosnia and Herzegovina (BiH), Lana Pudar, who recorded another historic sports success for BiH at the World Championships in 25-meter pools in Abu Dhabiarrived in Sarajevo. The young swimmer was welcomed at the Sarajevo International Airport, where Lana addressed the audience, emphasizing that this competition was “the crown of the year” for her.

Lana explained that all her efforts and hard work had paid off and that she was very happy for everything that had happened, and thanked everyone for their support.

Lana’s coach Alena Cemalovic also addressed the audience, saying that the two of them were returning to Mostar after almost a month.

“It’s nice to be back home after almost a month of being out of Mostar. We started preparing for the small pool competition in September, and the final race on Friday was her seventh small pool race. Being in the pool with women who are over 20-22 years old is not a small thing and you have to have that something in you to answer them in the way Lana answered them, “ said her coach Alena Cemalovic.

She stressed that it is a nice feeling to end the year in this wayand that she will continue to train hard.

“After each medal won, we expect something more, we expect the next medals,” she told. 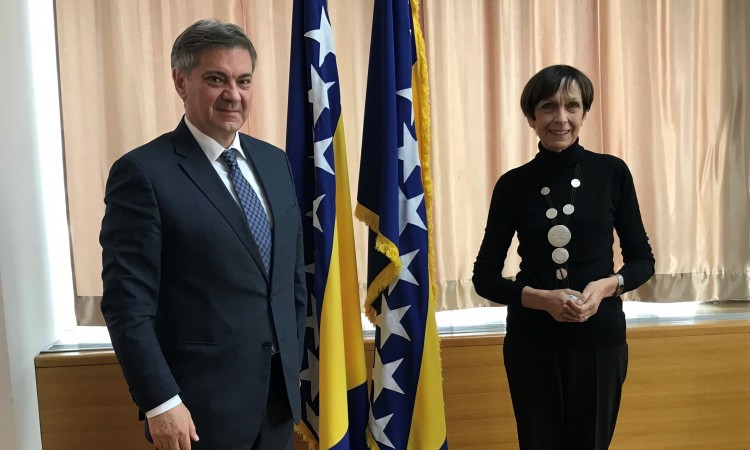 Zvizdic and Uebber discuss Political Situation in BiH
Next Article