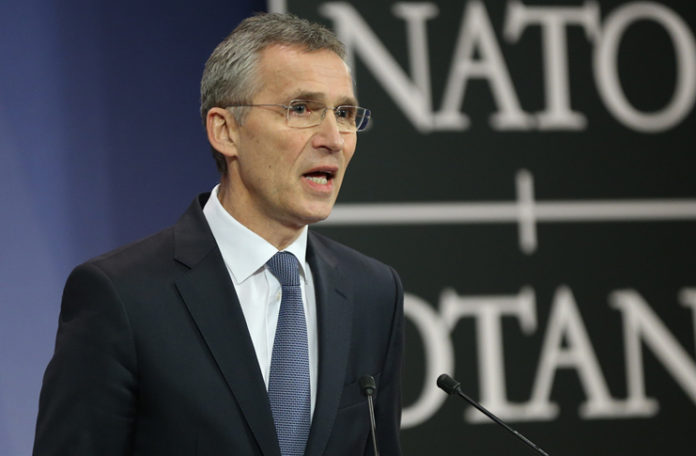 Bosnia and Herzegovina is a country where NATO has done many important things, stopped the war and established peace and worked on the implementation of the Dayton Peace Agreement, NATO is the guarantor of Dayton, said in Brussels the Chairman of the Presidency of BiH Sefik Dzaferovic after the meeting with Jens Stoltenberg.

“The meeting was constructive. BiH is a graduate student for membership in the European Union. We submitted the Action Plan in 2009,” Dzaferovic reminded.

However, he noted that “there are political forces in BiH that challenge the state’s path towards EU and NATO integration”.

“I am convinced that NATO will continue to protect peace, which is especially important due to the possible spillover of the crisis from Ukraine. There is Russian influence and open threats from the Russian side in BiH, and that is what the Russian ambassador is doing,” said Dzaferovic.

He asked Stoltenberg to give strong support to Bosnia and Herzegovina’s NATO path at the Madrid summit.

“I ask that the NATO headquarters in Sarajevo be strengthened, which is important because the NATO headquarters, together with the Altea mission, is the legal successor of the NATO missions that existed in BiH,” Dzaferovic said, asking for full support in the Armed Forces of BiH.

Stoltenber said that international institutions are of key importance, and that all parties should stop sharing policies.

He expressed full support for the EUFOR / Altea mission in BiH.

“Dialogue and cooperation are very important for BiH, and it is very important to establish this type of support for maintaining peace,” Stoltenberg pointed out.

He stressed that NATO will do more to stand with partners, including the development of new defense capabilities and cooperation in cyber security and the fight against terrorism.

“We discussed NATO’s role in ALTHEA and will continue to support this EU operation as well as the BiH Armed Forces as one of the strongest multiethnic institutions. They are vital to the country’s stability and must be preserved,” Stoltenberg said.

“We are closely following developments in BiH. We continue to work with our headquarters in Sarajevo. We are committed to this in the long run and provide support to ensure peace and stability. We follow the rhetoric of divisions and inflammatory messages coming from Republika Srpska and that is why we are discussing practical support, including defense capacity building and how to strengthen our presence and cooperate in the field of armaments, “concluded NATO Secretary General Jens Stoltenberg.

May 25th-Day of Youth in memory of Tito
Next Article