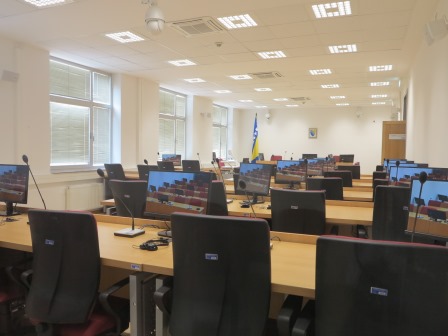 The construction of a new courtroom at the Court of Bosnia and Herzegovina is officially completed. The courtroom satisfies the highest international technology standards, while the construction project included installing sophisticated audio-visual and other electronic technology equipment.

In the process of installing the equipment in the courtroom, it was taken into account that space should be used most economically so as to provide for holding hearings with multiple accused persons. With a total of 22 seats on the defendants side, by its size this courtroom ranks among the largest at the Court of BiH. Thanks to its considerable capacity, it will significantly contribute to facilitating trial schedules in other courtrooms. Special attention was allocated to the construction and equipment of a separate section for visitors, whereby the interested citizens and media are enabled to easily watch court hearings.

For the purpose of witness protection, a separate room was built for protected witnesses to possibly testify with voice and image distortion, while movable protective screens are installed in the courtroom itself to make it possible for witnesses to testify without being seen by visitors. The installation of a new video-conference equipment for taking video-conference testimony has effectively increased the video-conference capacities of the Court of BiH and provided for hearing witnesses from all over the world. The courtroom also has audio and video equipment in line with the latest technology. Digital conference system of the latest generation, HD cameras, devices for the presentation of written, audio and video evidence, monitors on all desks in the courtroom, devices for hearing testimony of protected witnesses, as well as a modern system for audio and video recording of trials, all make this courtroom one of the best equipped at the Court of BiH.

Courtroom refurbishment was financed from the budgetary funds secured by the Service for Common Affairs, the Court of BiH secured material and financial resources to provide the courtroom with furniture and technical equipment, while equipment and furniture in witness rooms were financed from within the IPA project.

Improving the conditions for the operation of judicial officials is in the function of achieving better results, raising the quality and efficiency of their work, and providing a higher level of services. The courtroom will become operational on 1 January 2019.

The Court of Bosnia and Herzegovina would like to thank all those who were involved in the project. 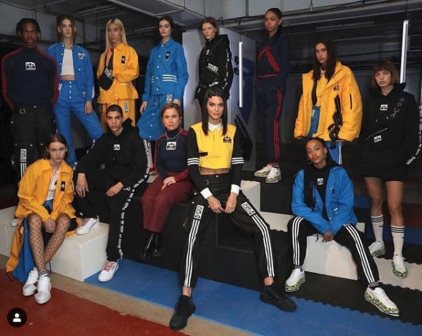