At a time of deep political crisis in Bosnia and Herzegovina, and especially in the Federation of BiH entity, Bakir Izetbegovic spoke about “counting” at a party meeting, which caused sharp reactions from political dissenters, but also from citizens on social networks.

The SDA leader gave a half-hour speech at a meeting organized by the SDA Hadzici Municipal Board, in which he touched on numerous topics, but one sentence attracted special attention.

At one point, talking about strength and military strength and worst-case scenario topics, he said there are answers.

“We counted ourselves. And how many hunters we have and how many young people there are and how many instructors we have on drones and so on. I won’t go any further, but just so you know,” he said, and then continued to talk about other topics such as the strength of the diaspora and their potential in the elections.

“Izetbegovic says that the Muslims were counted, the participants of the protest, also Muslims, counted the Croats and they say there are enough for two wagons. No one will count us Serbs, not even the Muslims, but they should know that there are enough of us,” he wrote on Twitter.

Igor Crnadak, the vice-president of the PDP and a member of the Republika Srpska National Assembly, also spoke.

“Izetbegovic’s statement that hunters and young people who can arm themselves have been counted in the Federation of BiH exceeded every measure and every limit of normal behavior in politics,” he said.

Crnadak says that Izetbegovic also shows once again how wrong SNSD’s policy has been all these years and how much SNSD and its partners represent a danger to the peace and stability of the region.

“Only because such statements and policies of the SDA correspond to the SNSD, because they also announced the encirclement of the barracks and the violent expulsion of SIPA and OSA (intelligence agencies in BiH), today we are in a schizophrenic political situation, where everyone in Bosnia and Herzegovina is a hostage of the SNSD-HDZ-SDA parties,” he added.

He points out that this kind of attack on the people ahead of the election campaign and the deliberate raising of tensions, with warmongering statements, is anti-Dayton and anti-people.

“And that is why these parties and these leaders must be stopped and removed from political life. The people have a chance to do it in the elections and it is a chance that must not be missed, because otherwise these professional nationalists will continue their mistreatment of citizens and ravaging the budget,” said Crnadak.

Our party said, among other things, that “the only thing that Bakir Izetbegovic counts is votes”.

“That’s why, like every campaign before this one, he uses war rhetoric because he can’t offer anything else. He won’t buy votes cheaply for a long time. The only counting in our country is in October, and the SDA will lose. Next year we will be ready for fires, and for everything else, without SDA”, it was announced.

Izetbegovic’s statement at the pre-election meeting was met with numerous condemnations from citizens on social networks, most of which boil down to “Whoever wants war, let it be in his house”, Klix.ba writes. 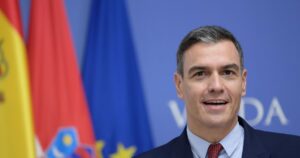