It is the obligation of every Muslim who is able to afford that to visit Kaaba in the name of Allah the Almighty.

This year, 1.411 believers from BiH will go to Makkah, to Hajj. They will depart sometime between August 29 and August 31, and return in the period from September 17 until September 19. The biggest wish of Muslims around the world, including those from BiH, is to visit Kaaba at least once in their lifetime. However, difficult financial situation is an obstacle for many of them. The cost of hajj this year amounts to 7.490 BAM, but the Department of Hajj and Umrah within the Riyasat of the Islamic Community in BiH explains that the price of Hajj is actually not high, considering all the things that it includes.

“The price of Hajj is formed based on services that are offered to the believers. This price includes transportation from the Mufti headquarters to Sarajevo, airport taxes, air transportation, accommodation in Makkah and Medina. It also includes transportation within Saudi Arabia, visits to landmarks, suitcases, vests, head scarfs, qurbanis, and appropriate clothes. That is a realistic price, considering the services that we offer to the believers, considering the quality of transportation and accommodation and, of course, the cost of food is included as well,” said Nezim Halilović, Head of the Department of Hajj and Umrah within the Riyasat of the Islamic Community in BiH.

Edhem Effendi Čamdžić, former Mufti of Banja Luka, went to Hajj four times, for the first time in 1980. He says the feelings are indescribable.

“To make a pilgrimage to Kaaba, in the name of Allah the Almighty, is the duty of everyone who is able to do it, everyone who can afford it physically and economically. We know that not everyone can go, put people should never say that Hajj is expensive. I went there four times and I would go for another 40 times. Once upon a time, people from this region went to Hajj on horses, first to Dubrovnik, then by a boat to Egypt, along Alexandria to the Suez Canal, and then to Jeddah. There are some 70 kilometers from Jeddah to Makkah. Now it is all different,” Čamdžić said.

Čamdžić said that nearly one million pilgrims were on Hajj in 1980 and that the number reaches ten million today.

“And yet no one bothers no one. Those are unforgettable memories. When I looked at the Kaaba for the first time in 1980, I was very excited. I could faint in the Prophet’s Mosque. I, a person coming from a small country, managed to come that close to the Prophet. I could cry only when I talk about it,” Čamdžić said.

“This Ramadan, 10.5 million cars went to Makkah, especially in the holy night Laylat Al Qadr. More than two million believers prayed the Tarawih prayer on that sacred night, and 2.5 million people prayed the Eid prayer. Those number speak for themselves. A million people used to go to Makkah, now we are talking about millions. Heat is a problem when people go to Hajj, but even that segment has been changed because palm trees were planted and now they give a nice shade and there is enough water, as well,” Čamdžić said. 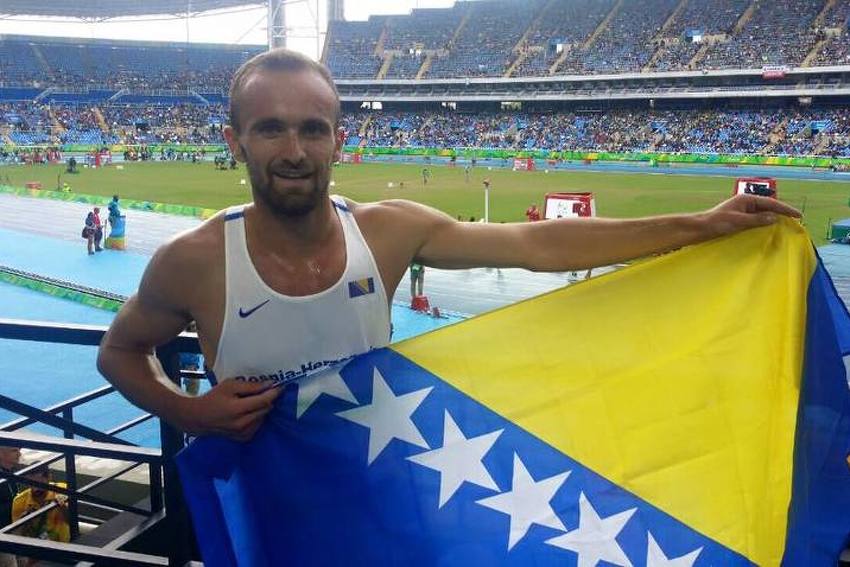 Who will be Amel Tuka’s Opponents in the Semifinal Race at the Olympics?
Next Article De Niro received the Honorary Heart of Sarajevo
Leave a comment Leave a comment