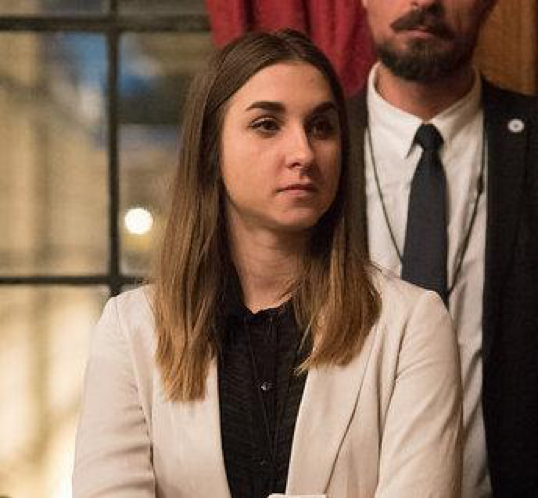 It has been 23 years since the genocide in Srebrenica, a town in the East of Bosnia and Herzegovina and the wounds run deep for the survivors. However, their courageous stories and survival and strength continue to inspire and educate. I recently spoke with one of Remembering Srebrenica’s Ambassadors Lejla Damon, 25, a child born of war-time rape who was adopted by British journalists, to discuss the importance of continuing to raise awareness of the events in July 1995. Lejla was born in Sarajevo but raised in London. She now lives in Manchester.

Firstly, how did you become involved with the organisation Remembering Srebrenica?

I started my campaigning and charity work for Bosnia in the aid of raising awareness when I was about eighteen, through a charity called War Child. They were started in Bosnia during the war in 1992. When I started to work with them, I was at university and I was getting to know a bit more about my background and looking into it more. There was a job vacancy for a volunteer position with War Child’s Youth Engagement Panel. There was me and six other members and we are still working on the panel but now it has altered in the five or so years since I starting working with them. It was me from Bosnia, someone from Sierra Leone, someone from the DRC (Democratic Republic of Congo) and Rwanda and we all had our own different opinions. It was more of an advisory panel and to be able to see, from a conflict background, what the issues are. It really helped me to know how to go about my life, my outlooks. Growing up in London, my friendship group is pretty normal.

Then with War Child I did the Ending Sexual Violence in Conflict Summit which was in 2011 and that was when my story first came out in the media. I was a delegate for the Foreign Office and that was where that I met Remembering Srebrenica. Taking it up to now, I met my birth mum last October for the first time and I was able to meet her through a woman that Remembering Srebrenica had put me in contact with, who was also born of rape. I had been in contact with my birth mum for about three years through letter writing. I returned from Bosnia last October after meeting her and I got in contact with Remembering Srebrenica and asked about working with them and what themes they were working on. Ever since then we have built up this relationship. I launched this year’s theme Acts of Couragefor Remembering Srebrenica in February at the House of Lords. It is amazing. I was not born in Srebrenica which is something that I am trying to make clear over this next week. I was not born in Srebrenica, I am also not a rape victim and I try and make that clear to people because I do not want that information mixed up. I think that all of these issues link into each other. I know that we are remembering the genocide that happened but it’s also the trauma that happened everywhere in Bosnia. I cannot speak personally for having lost someone in Srebrenica because that is not my story but this is the effect that war can have, post-war.

I read that around 80% of young people are not aware of the genocide in Srebrenica. From my own schooling experience, it was never taught on the curriculum. Do you think there could be a reason for this?

I still speak to people my age who do not know where Bosnia is and I have done it to a certain extent because they were one when the war started. Their parents will be informed about it. An event like 9/11 for instance, we all remember because we lived through it. But, because people my age did not necessarily live through it they do not really know where it is. For instance, Croatia is a tourist destination now, Serbia similar but Bosnia has, I feel, been left behind. I do think there does need to be more education about what happened in Bosnia. Some people still think that there is a war going on. It is just never in the media anymore. I am not sure whether. . .  It is a hard topic to talk about because of Srebrenica politically. It is hard because it is not that long ago that this happened. When I go back to Bosnia, I think why has it not moved on? I think it is hard for Bosnians to move on because of the political system out there, for three people to agree, who don’t agree. When you tell people that Bosnia has three Presidents’ they are confused. But that is a massive hindrance and unfortunately, the people in positions of power would have been living in Bosnia during the war and have their own views and agendas of what the country should be like. Also, in terms of the economic growth, Bosnia is really behind. Most of the people who are my age in Bosnia may move to Germany or Slovenia. I think you are losing such a huge part of your talent. If you talk to each ethnicity, they will have a different version of their story, which is fine. It is also about recognising the children that were born of rape for starters. Without the proper education and proper information, people will not accept us for who we are. The victims of rape don’t necessarily get the justice that they deserve in terms of the support or Post-Traumatic Stress Disorder (PTSD) which is another thing that is unrecognised. I think without this acknowledgement that Srebrenica did happen. People need to not forget what happened but the whole reason it happened was because of hatred and through oppression and nationalisation and I think by ignoring that and from my view it makes it very hard for that country to move on.

I know that you are also a big supporter of other NGO’s (Non-Governmental Organisations). Is this something that you would like to pursue as a career?

Yes. I always think my story is interesting, it is one that needs to be told. It is one that finished in Bosnia, it’s not even started. But I think if anything, from a charity perspective I would go into that after my MBA but maybe not me doing my own personal story but mentoring or coaching other people to speak. Syria for instance, is reported on when something horrific happens and then it is just lost but it is still happening. And so, we really need those people in those places to speak and to have their opportunity to speak. That is why I raise awareness for Bosnia so that people actually know where it is, what happened. People seem to think that there is only one issue, only one thing happened. You need a well-rounded view; it’s not as simple as that. It’s not that simple in Myanmar or Iraq. So I think it’s about parents trying to educate and to try and find the people in the worst places to feel empowered. 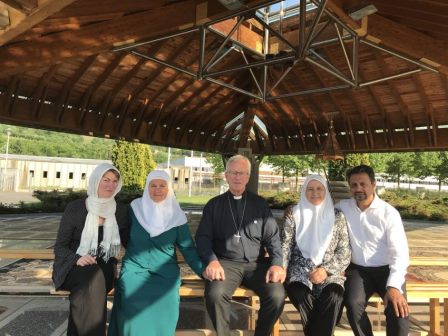