Saša Toperić, Director of the Center for Transatlantic Relations SAIS in Washington, will chair the Transatlantic Economic Forum which is to be held on December 5 and 6 at the Johns Hopkins University in Washington. The forum will gather representatives of business and political life from 13 countries of the wider Mediterranean, including BiH. Co-organizer is the American Chamber of Commerce.

This will be the first significant international multilateral event in Washington after the elections in the USA.

“We purposefully positioned the forum after the U.S. election so that we could prepare as efficiently as possible the next steps, including consultations with the representatives of new administration. In addition to numerous activities we have during the year in the project ‘Mediterranean Basin’ and in order to encompass all necessary segments for the Mediterranean region, in 2017 we included work on security and military cooperation with the USA. That is something new. That is why the deputy assistant to the minister of defense James Townsend will participate in a panel dedicated to this topic,” said Toperić.

The American Bosnian Foundation, strategic partner of SAIS, is presenting a new project of promotion of tourism, and they have also made a promotional film with emphasis on historical tourism in BiH.

“Even earlier we used images of BiH cities, mountains, rivers, waterfalls and links to information we published in Washington and thus promoted tourism in BiH over social networks. I am very satisfied with the promotional film and congratulations to Dejan Radmilović from the Foundation who leads this project and who will present it in Washington. The film will be premiered at the forum whose program will be streamed throughout the world via Johns Hopkins university website, and we already have confirmation from six international TV media houses which are coming to cover the forum, with a lot of accredited journalists.

We will dedicate time to the promotion of BiH tourism only after the forum and we already planned some activities to support and strengthen this business branch in BiH. In that field we already have significant help from our colleagues from S Tours, a tourist agency from Sarajevo with whom SAIS has had successful cooperation for years now. The foundation will also offer cooperation to relevant ministries and bodies which deal with promotion of tourism in order to reinforce the possible positive and concrete influence, with bringing tourists to BIH on the first place,” said Toperić.

Guests from BiH who will attend the conference are Minister of Foreign Trade and Economic Relations of BiH Mirko Šarović, Prime Minister of Republika Srpska Željka Cvijanović, advisor to the federal prime minister Goran Miraščić, and Mladen Filipović as representative of the office of RS in Vienna. Participants in different panels will be Edin Karabeg from Sberbank and Ilija Studen, Zlatan Dedić and Ajka Barušić from the Cult Institute for Youth Development, along with representatives of the American-Bosnian Foundation. 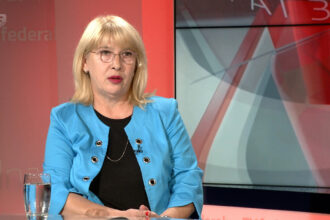