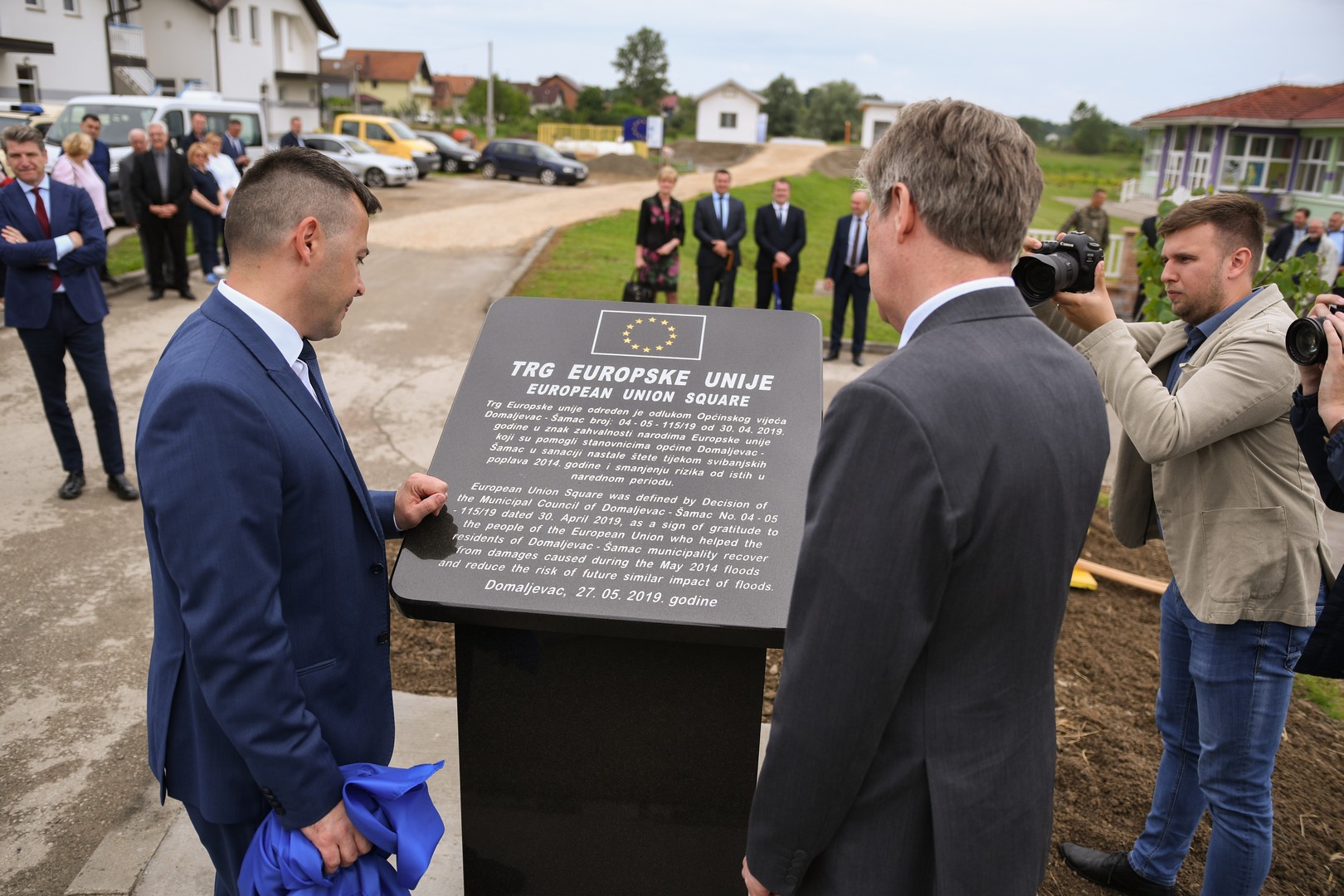 Citizens and the municipal authorities of Domaljevac-Šamac named a square after the European Union as a symbolic gesture of their gratitude for EU support during the flood recovery phase, as well as for ongoing assistance in the area. Ambassador Lars-Gunnar Wigemark, Head of the Delegation of the European Union to Bosnia and Herzegovina and EU Special Representative in Bosnia and Herzegovina, visited the municipality and beneficiaries of EU-funded projects.

“This is a very sincere and symbolic gesture to name this square ‘European Union Square’ – as a sign of gratitude but also strong cooperation between local communities in Bosnia and Herzegovina and the European Union. This is also a sign of solidarity from our side, as our member states are a fine example of how people in this country can cooperate together,” said Ambassador Wigemark.

“We have learned about how to work with local communities, how to have a very flexible approach and listen to the needs of local communities, together with our colleagues and partners, and how to rebuild your infrastructure and many other sectors. We cannot meet all the needs, though we can support you in hard times in particular, but the best direction for this country is to help itself to get close to the European Union,” noted the Ambassador.

Drinking water has always been an issue in Domaljevac-Šamac municipality. During the visit to Domaljevac, Ambassador Wigemark opened a new artesian well to supply 200 households, a kindergarten, health care centre and centre for the elderly with fresh, clean water. 800 citizens directly and 5,000 citizens indirectly will benefit from this EU assistance.

Ambassador Wigemark also visited the Šamac municipal building, the Health Clinic and Šamac Primary School, reconstructed through the EU Flood Recovery programme. Đuro Topić, Posavina Cantonal Prime Minister, expressed his gratitude to the European Union for assistance provided to the municipalities of Šamac and Domaljevac-Šamac, which were heavily affected by the floods; “Our economy is still recovering, and therefore we will use this opportunity to seek continued support, in order to be more competitive with the rest of the country and the European Union.”

Ambassador Wigemark visited the three-member family of Milica Vokčić in Novo Selo, whose home was destroyed during the floods. “I am more than happy with this house, this is a new life for the three of us. I live here with my two sons, one unemployed, one very ill. I thank everyone who has helped me remain here and have a better life,” said Milica.

The Vokčić family is one of the beneficiaries of the an EU-funded project through which four housing units were built for families whose homes were destroyed or heavily damaged during the floods, while 17 houses are currently being reconstructed. The European Union has donated around 170 million BAM for flood recovery and prevention in Bosnia and Herzegovina. 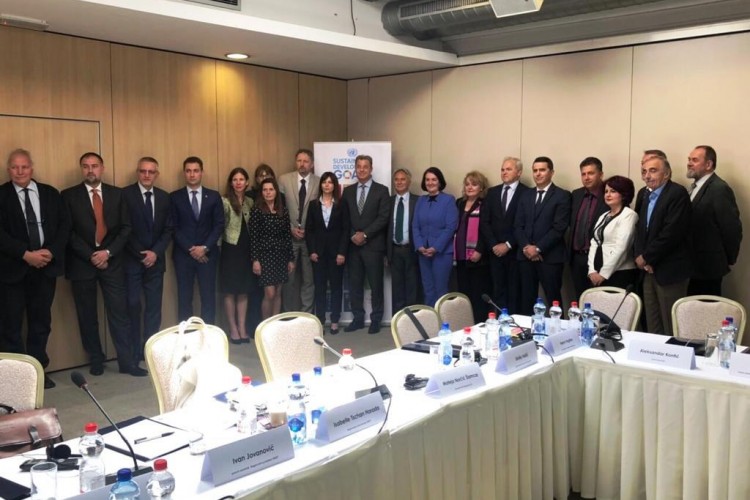