LONDON, April 27 (Xinhua) — The largest Egypt gallery in Britain outside of the British Museum in London opened Thursday in Liverpool with a VIP reception ahead of its public opening Friday.
The World Museum in Liverpool is now showcasing one of Britain’s most significant collections of ancient Egyptian and Nubian antiquities.
More than 1,000 Egyptian artefacts, including 10 mummified bodies, will be display in the 1,000-square meter gallery.

The gallery has trebled its size to create the biggest ever display area for its ancient Egypt collection amassed over 150 years.
Many items have never been previously displayed to the public, such as a recently identified statue part of Nefertiti and two mummy masks, including one with a magnificent representation of the vulture goddess Nekhbet.
Also new on display is Djed-hor’s Book of the Dead and a brightly painted coffin belonging to a man named Haty from eighth century BC Thebes.
Displayed for the first time is a reassembled Predynastic burial (3200 BC), discovered in desert sand in 1906 by John Garstang of the University of Liverpool.

A number of objects will be shown for the first time in 76 years, including several mummies and artefacts from the royal city of Meroe in northern Sudan. These items were borrowed by the Louvre Museum in Paris in 2010 for an exhibition about ancient Egypt’s southern neighbours, the Kushites.

The Liverpool museum was severely damaged in a bombing raid by German warplanes in 1941 when more than 3,000 Egyptian objects were destroyed.
The extended gallery also sees the reopening of World Museum’s Mummy Room for the first time in 150 years. The room houses nine mummies, four of which are being displayed for the first time since 1941. These include a female temple musician called Ankh-es-en-aset, a woman called Ta-enty who was buried in her bedsheets, a teenage woman whose name remains unknown, and a priest from Abydos called Hor-wen-nefer.
There will be an additional mummy in the main gallery, that of Nesmin, who served as a priest in the temple of the male fertility god Min 2,300 years ago.

Steve Judd, director of World Museum, said: “Our mummy collection is world-renowned but until now space restrictions have limited us from showing the full scope of our collections.”
“The gallery will take visitors on a journey spanning 5,000 years of history from the time of the first settlers in the Nile Valley through to the impact of the Roman Empire,” Judd said.
World Museum is run by the nationally-owned National Museums Liverpool (NML). Admission to the gallery is free.

Endangered Animals in BiH are protected only on Paper

Agreement worth 25 Million EUR signed with EIB
Next Article 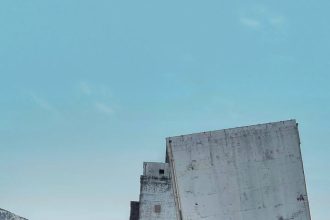