Bosnia and Herzegovina should get a fair chance to solve the dispute with Montenegro connected to Sutorina at the International Court of Justice, because BiH has legal and real chances to get back its territory, as concluded today at the meeting of the Council of Independent Bosniak Intellectuals, reports Anadolu Agency (AA).

“Our request is that Sutorina should be given a fair chance, and that this problem goes to the International court. We have the biggest chances and Montenegro does not have arguments“, concluded Suad Kurtcehajic.

“BiH has boards, I can claim it as a lawyer, that are internationally determined 137 years ago at the Berlin Congress. Later with those boards, BiH entered the Kingdom of Serbs, Croats and Slovenians (SHS)“, emphasized Ibrahimagic.

He also reminded at the historical fact that BiH, as a part of SHS Kingdom, within its boards, later entered the Kingdom of Yugoslavia as well.

Talking about Sutorina, he emphasized that he requires from the Parliament of BiH to starts from the boards that were determined by the Berlin Congress to neighboring countries.

Sutorina in the Bay of Kotor at the Adriatic sea, in total area of 75 square kilometers, which had previously belonged to Bosnia and Herzegovina, was assigned to the National Republic of Montenegro in 1947. As it is stated, it was done by the agreement between Djuro Pucar and Avdo Humo in the name of BiH, and Blazo Jovanovic in the name of Montenegro, by the permission of the state leadership of Yugoslavia led by Josip Broz Tito and Vladimir Bakaric. On that way, the second Bosnian access to the sea, seven kilometers long, was assigned to Montenegro.

US Embassy in BiH: The current toxic Political Culture is dangerous 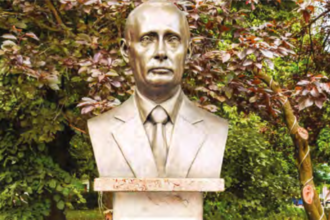