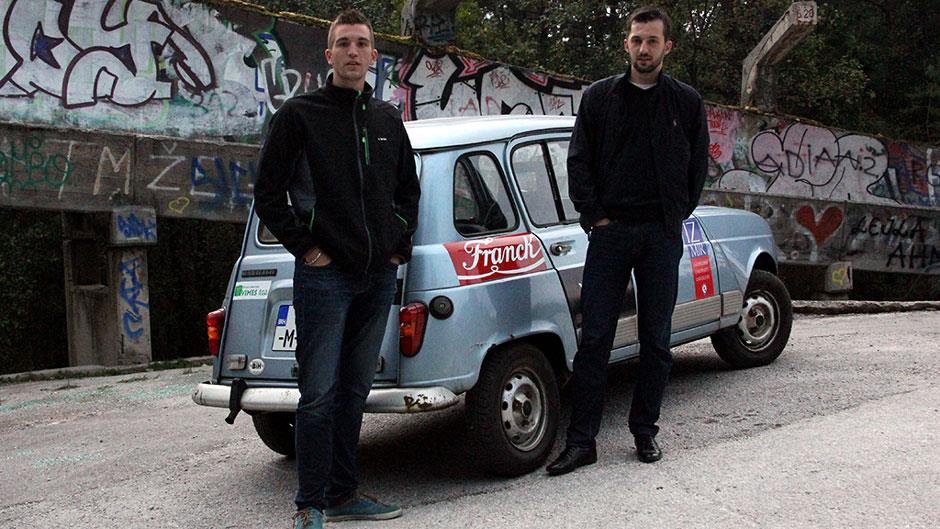 At the end of October, Sarajevo Times published an article about two brothers from Sarajevo Haris and Armin Alikadić who are getting ready for the road to Morocco with old timer a Renault 4. As previously written, Alikadić brothers have applied over French-organizations “Desertours” for participation in this humanitarian rally.

It is important to note that the only rally’s aim is to help children from the poorest regions of Morocco. Desertours in cooperation with UNICEF organized this humanitarian adventure rally 18th time in a row.

Four thousand students from all over Europe will take part in the 4L Trophy rally. The starting point of this year 4L Trophy is a city of Biarritz in southwest France, where the 2000 teams will start their journey on 19th February 2015.

For the first time BiH will have a representative on this event, brothers Haris and Armin. In the same time, they are the only representatives from the Balkans.

In order to verify that they are ready for this adventure, we contacted Alikadić brothers  again. They told us that their Renault 4 is fully ready, and regarding the finances, they told us that they managed through sponsors to secure the money they need for the trip. Their advertising space on the car is not yet completed, so that all interested parties can still contact via their Facebook page: https://www.facebook.com/teampassengers675

Additionally, they told us and that the activity under the slogan “Join us in Morocco” will be held on 31st January 2015 in front of the Sarajevo Cathedral. The activity is designed in a very original way. On the square in front of the Cathedral their Renault 4 will be parked and citizens of Sarajevo will have the opportunity to take photographs and to sign on the banner.

The very interesting and positive thing is that in return all of those who sign the banner that travels with them to Morocco will donate a symbolic money for their trip or school supplies, which will be  delivered to children of Morocco. Banner with the signatures will be photographed and placed on their fan page on Facebook, and symbolically will lead all interested to the Morocco desert.