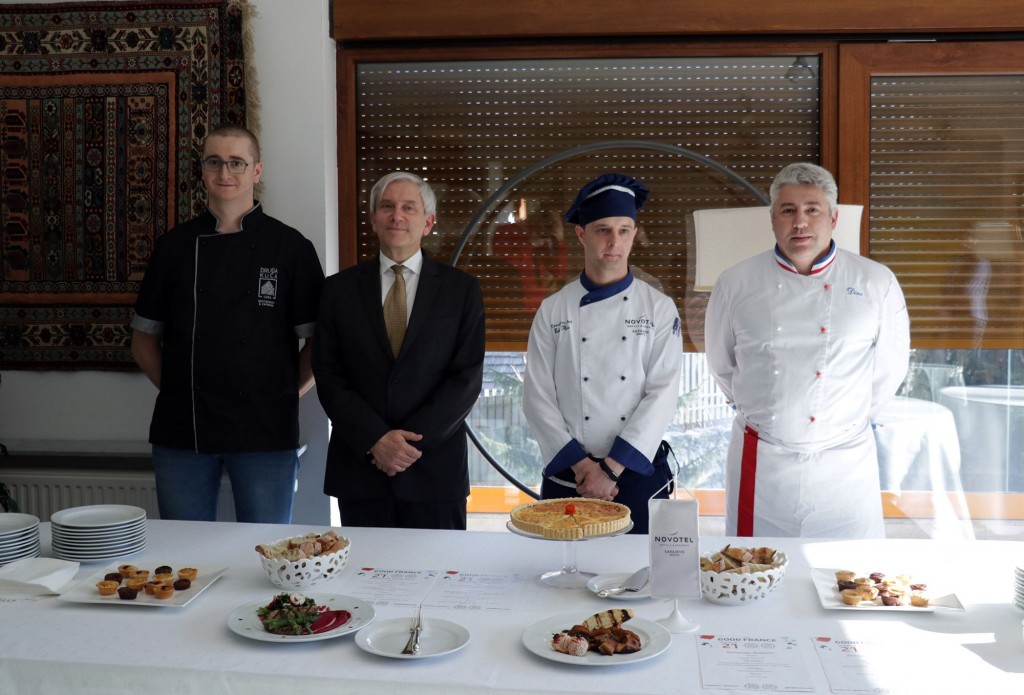 Ambassador of France to Bosnia and Herzegovina (BiH) Guillaume Rousson presented a gourmet event “Taste of France”, presenting several dishes prepared by BH chefs, and all as a preparation for the main event which will take place on March 21st in BiH.

On the occasion of the” Taste of France “event, which is being held all over the world, the French gastronomy is being promoted on the 21st of March, in a way that chefs will make a menu inspired by French gastronomy, but add some ingredients of the country in which this event takes place. This year, around 3,000 restaurants will be attending this event worldwide,” said French Ambassador to BiH, Guillaume Rousson, adding that a few years ago, French gastronomy was recognized as an intangible heritage of UNESCO.

This year, thirteen restaurants will participate from Bosnia and Herzegovina, from cities of Sarajevo, Banja Luka, Mostar, Tuzla and Siroki Brijeg.

The main chef at the residence notes that French cuisine is the basis of all the cuisines and that all the terminology used in the culinary arts is derived from French cuisine, adding that if the person first learns French cuisine, he or she has laid the foundations for a good chef.

The event on March 21stwill be attended by the Novotel Bristol restaurant, and “Druga Kuca” (Second Home) restaurant, which will present their menus in their restaurants.

Edin Porca from Novotel considers French cuisine as a foundation stone of cooking, adding that a lot can be learned from the French cuisine, and that all guests will be able to try a menu specializing on this occasion.

“The main meal will be the lamb that the French most eat in Easter and is a very good blend with the lamb that we use, there are also vegetables with tomato sauce and this will be the main dish we will present to you,” Porca added.