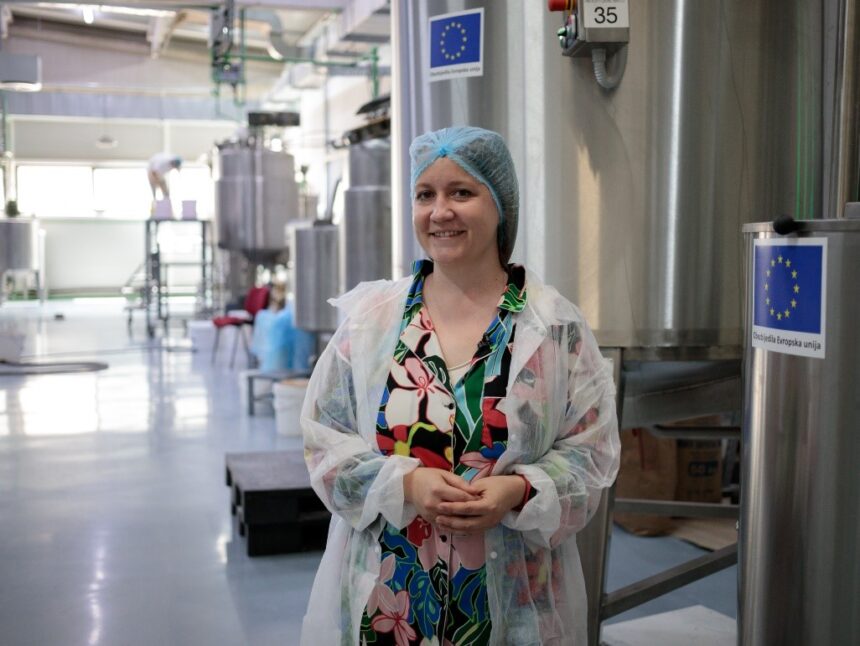 When you eat something sweet at a pastry shop, restaurant or bakery, chances are that at least one of the ingredients is from Velvet Trade. Cherries, apples, apricots, blueberries, raspberries and other fruits of domestic producers are processed in this Vogošća-based company into popular fruit fillings used in preparing cakes and pastries. In an effort to ensure that they have a home-grown product, this company stresses that all the raw materials they need, which are produced in Bosnia and Herzegovina, are procured from local businesses and fruit growers.

Founded in 1996 in Sarajevo, the company today is 70 strong, and production has significantly increased in the last two years by expanding capacity and purchasing new machines. With the support of EU4AGRI project, financed by the European Union, two machines for the production of fruit fillings were purchased and put into operation at Velvet Trade.

“Procurement of these machines helped us increase the capacity of the final daily output. We have shortened the preparation time for export. We can now offer more on the market, seek a greater number of exporters, and expand sales. And our customers locally have started buying larger quantities, it’s no longer just buying by one bucket,” says Avdić and adds that the company Velvet Trade, along with the acquisition of new machines and increased production, also hired new workforce.

Food technologist Lejla Ganić explains the process of food production control, as one of the most important segments in a successful product. She is in charge of quality control in Velvet Trade, and since she has been with the company for years, she recalled how the development of production went.

“Our machines, which were bought in 2000 or later, have weaker heaters, weaker current, and small capacities, up to 700 kg, which was very limiting for us. We have four machines and they have all become too small. These new ones that were bought have a larger capacity and heavy strength, with daily output of three times what we had before,” explains Ganić.

Due to increased demand and the development of production, Velvet Trade is constructing new plants, as they, according to Avdić, cannot keep up with the current demands. The largest share or some 80 percent of exports are fruit fillings, and the biggest consumers are in Slovenia and Romania.

“We buy 90 percent of cherries from local producers, and when they don’t have enough, we buy some from Serbia, for example. And that’s the chain we wanted to see – whatever our local farmers grow and harvest, we buy frozen, store in our cooling chambers and process,” says Avdić, adding that since the start of cooperation with EU4AGRI project, production has increased and around 20 new staff have been hired.

“We have some 3 to 4 new products annually, and now we’ve focused on some ice cream lines and these lines for fruit fillings. We did not expand the choice of flavours, but the quantity of production. The quantity has increased because we have much higher production output and demand. Our demand is four or five times the level from two years ago,” says Ganić and adds that they strive to try new recipes and listen to what customers tell them.

Aware of the situation with shortage of raw materials globally and in Europe, Velvet Trade stresses that cooperation with local farmers is as important as ever. Despite numerous problems and challenges in the sector that agricultural producers and processors face every day, Avdić points out that EU4AGRI project was extremely beneficial for his company, and recommends others to apply.

“Farmers should be encouraged to make use of this project since this is one of the ways they can improve their production,” says Avdić. “It was our first time to apply for a project of this type, and much like us, I believe that the farmers are equally shocked when they see the demanding application, but it is neither terrifying nor difficult, since UNDP offers perfect support and they are always at disposal to take a look, help out and join us in project development. And in the end, we get the funding”.

EU4AGRI project has so far provided support to 59 farmers in BiH and companies with investments of a total value of BAM 14.85 million, of which BAM 7.59 million was financed by the EU.

As part of EU4AGRI, the EU provides support for strengthening the competitiveness of agriculture and rural development in BiH. Through EU4AGRI-Recovery, the EU helps Bosnia and Herzegovina in mitigating the economic impacts of the COVID-19 pandemic on agri-food companies and rural tourism operators, and ensuring their business continuity, and through EU4BusinessRecovery mitigates consequences caused by the pandemic on agricultural and tourism companies, micro, small and medium enterprises. The European Union allocated EUR 28 million for all three projects. 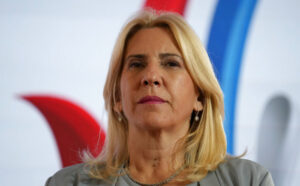 Newly elected Member of BiH Presidency Cvijanovic: This is a Big Day for all of us
Next Article