I would like to have citizenship of Bosnia and Herzegovina(BiH) again. This was said by Hadis Medencevic, who renounced his BiH citizenship due to acquiring of Czech citizenship, where he has lived for three decades.

According to official data, he is one of about 97,000 citizens of BiH who, from 1996 to today, renounced the citizenship of the country in which they were born.

The reason is that BiH does not have an agreement on dual citizenship with most countries in the world, with the exception of Serbia, Croatia, and Sweden.

In order to enable an easier return of citizenship to the citizens of BiH who had to renounce it, Denis Zvizdic, the current chairman of the House of Representatives of the Parliamentary Assembly of BiH, submitted an appeal to the Constitutional Court of BiH.

What is requested in an appeal before the Constitutional Court of BiH?

The appeal to the Constitutional Court of BiH seeks to challenge Article 14 of the Law on Citizenship of BiH, which, according to the appellant Denis Zvizdic, prescribes a “very difficult, restrictive and discriminatory relationship” towards those who would like to return their native citizenship.

Amendments to the Law on BiH Citizenship from 2013 stipulate that persons who wish to return BiH citizenship can do so if they register as foreigners in BiH and spend one year there.

The Ministry of Civil Affairs of BiH told that a total of 96,876 citizens of this country renounced their citizenship from 1996 to January 18th of this year.

At the same time, the data of the State Ministry indicate a negligible number of those who decided to return to BiH citizenship. 61 people did that.

The Ministry also states that those who renounce their citizenship do not have to officially justify themselves, but that “in informal conversations, the reasons most often mentionedare the right to own real estate, easier travel, easier study abroad, better employment and legal status, and the like.”

According to the last population census from 2013, 3.5 million people live in BiH. This is about 800,000 citizens less than determined by the 1991 census, Slobodna Evropa reports. 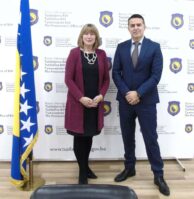 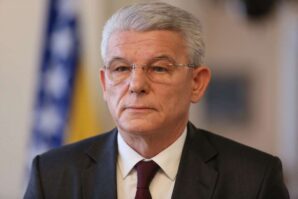