At the same time, the installation “Mother’s headscarves” was opened, for which numerous mothers, daughters of victims and public figures donated headscarves.

Munira Subasic, president of the Association “Movement of Mothers of the Srebrenica and Zepa Enclaves” said at the conference that women bore the greatest burden of the war and post-war period.

“We are sending a message that we cannot be silent, that we cannot stand still, that we raise our voices wherever there is injustice against women, children and men. I wanted us to show that women are strong, that they bore the greatest burden, especially in the war. And after during the war, we have been fighting for the truth and waiting for justice. We tried to tie headscarves, to say that women must tie themselves up. We must show that we are the most important, that women should support women. There are few women in politics, and women can do more and better than men. We are women who lost loved ones, survived the genocide, raised 5.5 thousand children who were left without parents. We are the best women in the world and everyone should learn from us. We must work together more, better, to wake up the whole world that they don’t see what is happening today,” said Subasic.

Hamdija Fejzic, president of the Organizing Committee for the commemoration of the 27th anniversary of the genocide in Srebrenica, said that the women of Srebrenica never gave up the fight for truth and justice.

“They didn’t want the fates that the mothers and wives from Srebenica experienced. They were left without fathers, sons, grandfathers, they were all killed. They remained steadfast for truth and justice. From their first bathing, they did not give up the fight for truth and justice. They wanted everything and they hoped to find their loved ones, but they spent years hoping to find bones to bury them with dignity. There was no obstacle for them to speak about the truth of the consequences of the genocide. It has been 27 years since the genocide, and they are on the front lines of the fight. As long as they can talk, they will talk about this,” Fejzic said.

The conference brought together activists, academics and representatives of victims’ and survivors’ associations, as well as civil society organizations that work to preserve the truth about the genocide through women’s perspectives. 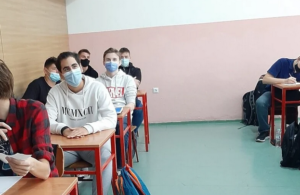