The Court of Bosnia and Herzegovina (BiH) ordered the issuance of an international arrest warrant for Miodrag Mitrasinovic, convicted of war crimes, who fled four days after the sentencing and is not available to BiH authorities.

On Friday, October 21st, Miodrag Mitrasinovic was sentenced to 13 years in prison for war crimes at the Court of BiH, but he did not attend the sentencing.

On the day of the sentencing, the Court of BiH was told that he was undergoing surgery at the University Hospital in Foca, in the east of BiH, where he disappeared that day.

In this way, Mitrasinovic continued a long streak and became the 102nd person unavailable to the judiciary of BiH, during the trial or immediately after the pronouncement of verdicts for war crimes, according to data from the OSCE Mission in BiH.

What was Mitrasinovic convicted of?

Mitrasinovic is one of the seven convicted of war crimes at the train station in Strpci near Rudo, in the east of BiH. On February 27th, 1993, members of the Army of Republika Srpska (VRS) took 20 non-Serb civilians from the train and killed them.

How did Mitrasinovic escape and who is responsible?

The State Investigation and Protection Agency (SIPA) announced on October 20th, the day before the verdict was handed down, that its police officers arrested six people in the area of Visegrad, against whom proceedings for war crimes are being conducted before the Court of BiH.

However, the defense counsel of the first accused at the time, Luka Dragicevic, who was later acquitted, said that five people were arrested. On the same day, information about five persons was published by numerous media in BiH with the names of the accused: Luka Dragicevic, Obrad and Novak Poluga, Petko Indjic, and Radojica Ristic.

It will later turn out that SIPA’s announcement was not correct because the sixth man, Miodrag Mitrasinovic, was not arrested that day as requested by the BiH Prosecutor’s Office.

The Court of BiH said that Mitrasinovic was not arrested that day, because ”according to the Prosecutor’s Office of BiH, he was being treated at a health facility in Foca, where he underwent surgery.”

In the letter of the Court of BiH, it is stated that the defender of the accused, lawyer Milos Peric, informed the Court that Mitrasinovic is in a hospital in Foca, where he underwent surgery during the day, and that he is not mobile, and it is not known how long he will be in the hospital.

How and where do those accused and convicted of war crimes escape?

In July, the OSCE mission in BiH published a report entitled ”A Race Against Time – Successes and Challenges in the Implementation of the National War Crimes Processing Strategy of BiH”.

Data from the report show that the unavailability of the defendants is one of the biggest challenges that hinder almost 40 percent of war crimes trials that are currently in progress before the courts in BiH, Radio Slobodna Evropa reports. 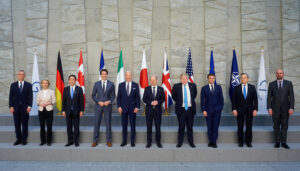 BiH has been bypassed by World Statesmen for Years
Next Article 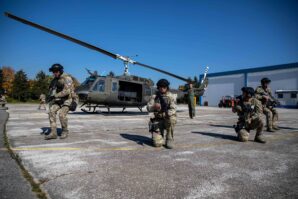