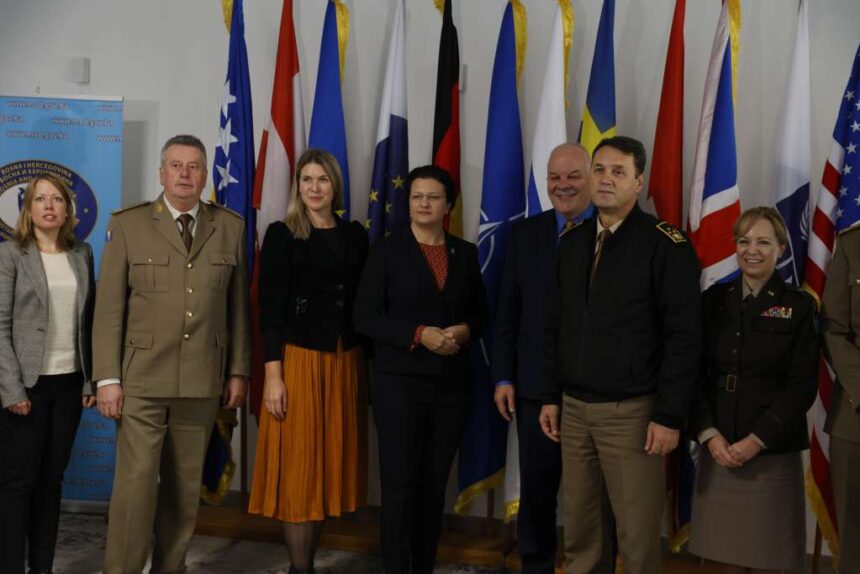 At today’s session of the Strategic Committee for Arms, Ammunition and Mine-Explosives (NMiMES), the goals achieved this year and the tasks accomplished were discussed, which will be the basis for the activities in the coming year.

Deputy Chief of the Joint Staff of the Armed Forces of Bosnia and Herzegovina, Major General Gojko Knežević, thanked UNDP, OSCE, EUFOR, NATO and the embassies of numerous countries which, together with the Armed Forces, are making efforts to make the security environment not only of BiH, but also of the region better.

He assessed that the largest number of planned activities in the Plan of Operations and Master Plan for this year have been completed, although there are certain challenges due to which some activities will be realized next year.

The host of the meeting was the United Nations Development Program (UNDP), and the resident representative of UNDP in Bosnia and Herzegovina, Steliana Nedera, said that UNDP is a long-standing partner of the Armed Forces in these areas.

She emphasized that today they were convinced that activities were undertaken this year that were successful in terms of improving locations and dealing with surplus weapons.

“UNDP was part of three large projects within the Master Plan for which 16 million US dollars were allocated. We were successful in dealing with 7,500 tons of ammunition, we worked on the renovation of 90 facilities, and 100 members of the Armed Forces of Bosnia and Herzegovina were trained in stockpile management,” noted Nedera.

In the next 12 months, with the help of funds from the Norwegian Government, work will be done to resolve surplus ammunition, and UNDP will remain part of the Strategic Committee in order to work on the realization of these efforts until the end of 2025.

How much Money has the Government of the Federation of BiH allocated for Citizens?
Next Article