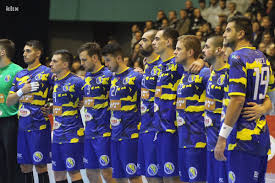 “The tickets for handball qualifiers match between Bosnia and Herzegovina (BiH) and Switzerland, which is played in Tuzla’s Mejdan on January 13th , were sold out yesterday during the morning hours,” it was said to Fena at the Handball Association of Tuzla Canton (HATC), the technical organizer of the Saturday’s match.

The real demand for the tickets started after Wednesday night, when “Dragons” celebrated win against the Swiss in St. Gallenu (24:21).

“Although the sale of tickets went pretty good until then, since Wednesday night there was a real madness. The telephones did not stop ringing, and yesterday in the morning, we got information that all tickets at a price 10 BAM were sold out. Only some of parter tickets, which are slightly more expensive left, “ said Alija Hasic, the President of HATC, for the agency ‘Fena’.

4.000 tickets were released for the sale, out of which 1.000 were distributed by Handball Association of BiH (HABiH.)

All preparations for a back game with the Swiss, in the 6th  round of World Championship qualifiers in 2019 in Germany and Denmark, were completed.

On Wednesday night, on the renovated parquet of Mejdan, an appropriate pad was laid, and it is a pity that the “Dragons” will not come earlier and enjoy the handball “euphoria”, but they will, as it was told to “Fena”, come to Tuzla on the day of the match.

It is quite certain that Mejdan will be filled on Saturday, and that Bilal Suman’s players will have great support on the way to the new victory and placement to the World Championship.

BiH-Switzerland match will be played on January 13th  at 8 pm.