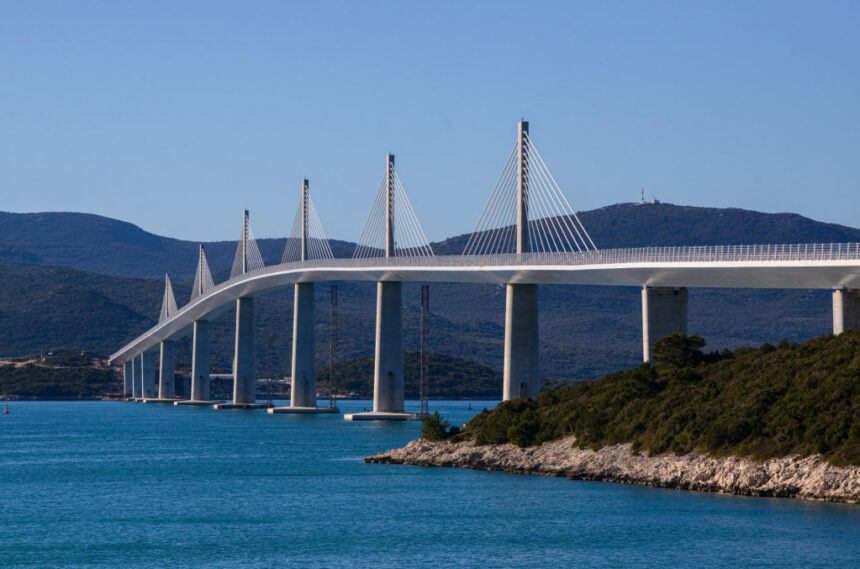 A few days after the official opening of the Peljesac Bridge, the situation in Neum, the tourist pearl of Bosnia and Herzegovina (BiH), does not show any drastic changes that would be reflected in the number of arrivals and overnight stays; on the contrary, the season is taking its course, capacity occupancy is at a level, and the only place where certain changes are noticed is the transit road through the populated area itself, which is finally devoid of large crowds and traffic jams.

Nevertheless, some claim that due to this, a certain decrease in traffic can be expected in the part of the facilities located along the highway itself, but, considering that Neum’s tourist capacities also include the area “above” the highway, as well as due to the situation in which there is more traffic from the north on the new road from the hinterland, it is to be expected that these eventual losses will be able to be compensated to a significant extent.

The first official data on traffic has also arrived, so 530 people (entry/exit) were recorded at the Neum 1 and Neum international border crossings on July 27th this year, while on the same day last year, 681 people were registered at the said border crossings, spokeswoman for the BiH Border Police, Franka Vican Boskovic, said in an interview.

Mayor of Neum, Dragan Jurkovic, stated that crowds and traffic jams have greatly decreased, while only a slight decrease in the number of people stopping next to buildings along the main road is noticeable. So, he points out, no apocalyptic, black scenarios that some predicted have come true.

And when it comes to the tourist season, he states that the opening of the bridge will not have an impact on the number of guests. It can already be said for this season will be more successful than the previous two, and Jurkovic illustrates this with the data according to which the current capacity occupancy is above 90%, and the year will probably approach 70% of the record 2019.

Branimir Butigan, president of the Neum Hoteliers’ Association, says in an interview that it is still too early for a final assessment of the situation in Neum after the opening of the bridge, although he adds that the result is less transit, there are no drastic changes.

Butigan was also asked what the tourism workers’ expectations are when it comes to the consequences of the opening of the bridge, i.e. whether analyzes were done and what they showed. He says that the estimates are that there will be a reduction in traffic, and this will be felt most by facilities located along the Adriatic Highway because part of the tourists in vehicles that were in transit took part of the time to have lunch or buy something.

In the context of capacity occupancy, Butigan says that after the opening of the bridge, there should be no consequences for hoteliers and the number of guests. There is only a small fear of what will happen after the Republic of Croatia enters the Schengen area, but the authorities assure them, says Butigan, that there will be no problems, Radio Sarajevo writes.