The German newspaper Tagesspiegel published an article comparing the current situation and possibilities for negotiations in Ukraine with the situation in Bosnia and Herzegovina (BiH)during the aggression.

Political scientist and writer Alexander Rhoter, who worked for many years for the European Union (EU) and OSCE in BiH, and as an advisor to the Office of the High Representative (OHR) for BiH, analyzed the situation in Ukraine and the possible freezing of the conflict.

“Any ceasefire or negotiations would only aim to improve Russia’s precarious position on the front lines. Putin has demonstrated this many times since his invasion that began in 2014,” he explains.

“Several examples from the Yugoslav wars show what premature, ill-considered and unsupported diplomacy can do. 30 years ago, on January 2nd, 1993, the mediators in the war were negotiators David Owen and his American colleague Cyrus Vance. The plan was a prime example of calming the situation, but that plan offered the Serbian aggressors almost half of the territory of BiH,” it was explained.

The legitimate government in Sarajevo was practically forced by the West to accept peace.

But, if the plan had been accepted, numerous Serbian crimes during the war would probably have been swept under the rug.

“Hundreds of crimes, similar to the Russian ones in Bucha, have been forgotten, despite the photos and videos of the war camp prisoners at the time,” writes the German newspaper.

Despite numerous warnings about crimes in BiH, it took almost three years for the West to intervene.

“The killing continued. Absurdly, the victims were even placed under an arms embargo. In the case of Ukraine, the West at least learned something from this boundless injustice,” it was mentioned.

Finally, using the example of BiH, it was explained what lessons can be drawn for Ukraine.

“Diplomacy and negotiations cannot be conducted during war. You have to put an end to it. Military operations and arms deliveries have their own justification because only they can create the conditions for the aggressor to move to the negotiating table,” as noted in the analysis.

Also, it was pointed out that only military pressure can convince political parties and the army to agree to real peace.

“That was the case in 1945, as was the case in BiH in 1995 and in Kosovo in 1999. We hope that it will happen in 2023 as well, provided that the West maintains its policy of supporting Ukraine,” it was concluded in the text, Klix.ba reports. 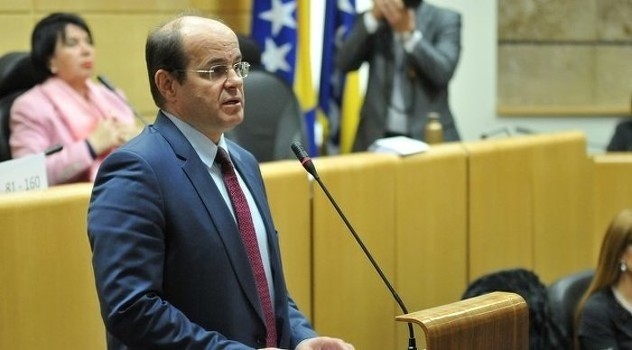 Bosniak MPs to raise raise the Issue of Vital National Interest in Republika Srpska?
Next Article

Member of BiH Presidency: Any illegal Action by the lower Levels of Government will be addressed promptly
Leave a comment Leave a comment