High school students and university students from BiH, the region and Europe will gather in Bosnia and Herzegovina to be a part of the International Festival of Student Theatre Juventafest. This festival is being organized for the fourth consecutive year and is the only festival intended for young people interested in acting and theatre.

The founder and director of Juventafest Jasna Diklić said that progress is being made year after year and that they are very proud with the fact that they can give young people a place and opportunity to socialize, learn something, and express their creativity.

“I am excited and very happy. I hope next year we will extend the duration of the festival. As always, what matters to me the most, apart from creativity that these young people offer, is the interaction between young people from all over the Europe, that socializing, the feeling of unity in a creative need and the friendships that are born, meeting something other and different, something that we terribly miss in these times. That is just a drop in the sea, but step by step has to be made and I believe we can fight for a more beautiful world in this way,” Diklić said.

The festival will be opened by the Theatre Gnosis of the Second Gymnasium Maribor, with the play “Animal Farm”, tomorrow at 7 pm in the International Center for Children and Youth Novo Sarajevo. After the play, participants and visitors will have an opportunity to see the exhibition of photographs taken at the workshops of a group of artists Moving Islands, with proteges of the Home for Children without parental care “Home Family” from Zenica. They will also have an opportunity to socialize at a reception, where youth band PTSP from Mostar will perform.

Seven more plays from Slovenia, Montenegro, Croatia, Norway, BiH, Serbia, BiH and Russia will be performed during the festival.

The festival will be closed with the play “The Bald Singer”, performed by the youth drama studio of the City Theatre Bečej from Serbia. All plays have English subtitles, so everyone is welcome. 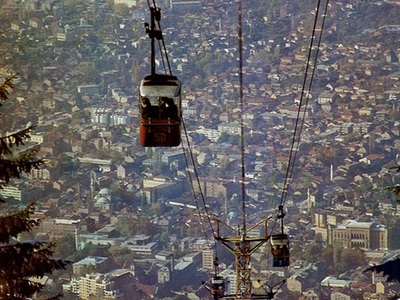