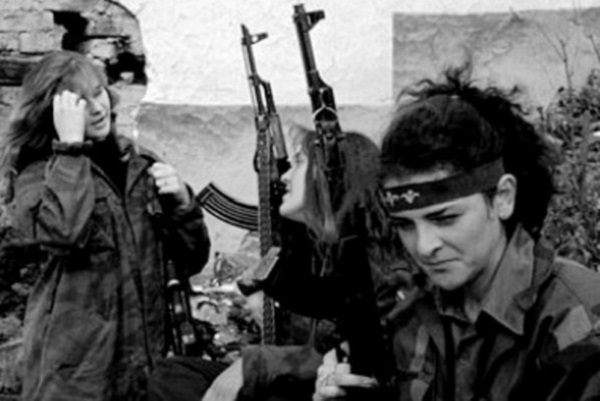 On the occasion of the 30th anniversary of the formation of the Army of the Republic of Bosnia and Herzegovina (RBiH), an exhibition was opened in Sarajevo and a round table was held yesterday on the topic “Women fighters of the RBiH Army”.

The Vice President of FBiH, Melika Mahmutbegovic, took part in the round table, congratulating the Day of the Army of RBiH and pointing out the importance of yesterday’s event.

“For the first time, we are talking in a serious way about the importance of women in the liberation war. Without women, their role, I think the result of defending BiH would be different,” noted Mahmutbegovic.

“We are marking the 30th anniversary of the formation of the Army of BiH. Unfortunately, women were not adequately treated according to what they did during the aggression on BiH. To recall, 5.360 women fought in the Army of BiH, 13 were awarded the Golden Lily Badge, out of 13 of them, 9 got itposthumous, “ emphasized Hajrudin Cuprija, acting Director of the Archives of the FBiH.

As he said yesterday, they organized an exhibition with which they want to point out the importance of women in the war and pay tribute to them.

“The exhibition consists of 387 items, of which 183 are newspaper articles and documents from the funds, and 204 photographs by 40 participants and members of the Army of RBiH. All corps in BiH are included. In the upcoming period it is necessary to launch an initiative to build a memorial for the heroines of BiH, as well as the memorial room, and in that way to save them from oblivion, ” explained Cuprija.

”I was born in Zenica. I took an active part in the First Glorious Visegrad Brigade, I was an assistant commander. You know what happened in Eastern Bosnia. Visegrad was truly a city of ‘living bonfires’. I am most proud of the few actions I took part in, and one of them is extracting more than 2.000 civilians from areas where there were ‘living bonfires‘. After the Dayton Agreement, we, the women, mostly started families, fought to have children…” told Sabaheta Cutuk, a law graduate who was in the area of Eastern Bosnia during the war.

She explained that in December 2020, the Association “Women Fighters 92-95” was founded.

“We felt the need to form an association because a large number of women left this world. We have very little data on how many women are war invalids… There were 5.360 active women in the ranks of the Army of RBiH. Only 13 women members of the Army received the highest war recognition, of which only two are alive, the others got it posthumously, ” pointed out Cutuk.

She stressed that a BiH woman, not only a member of the Army, made a huge contribution to the defense of BiH, as she sent her best daughters and sons to the front.