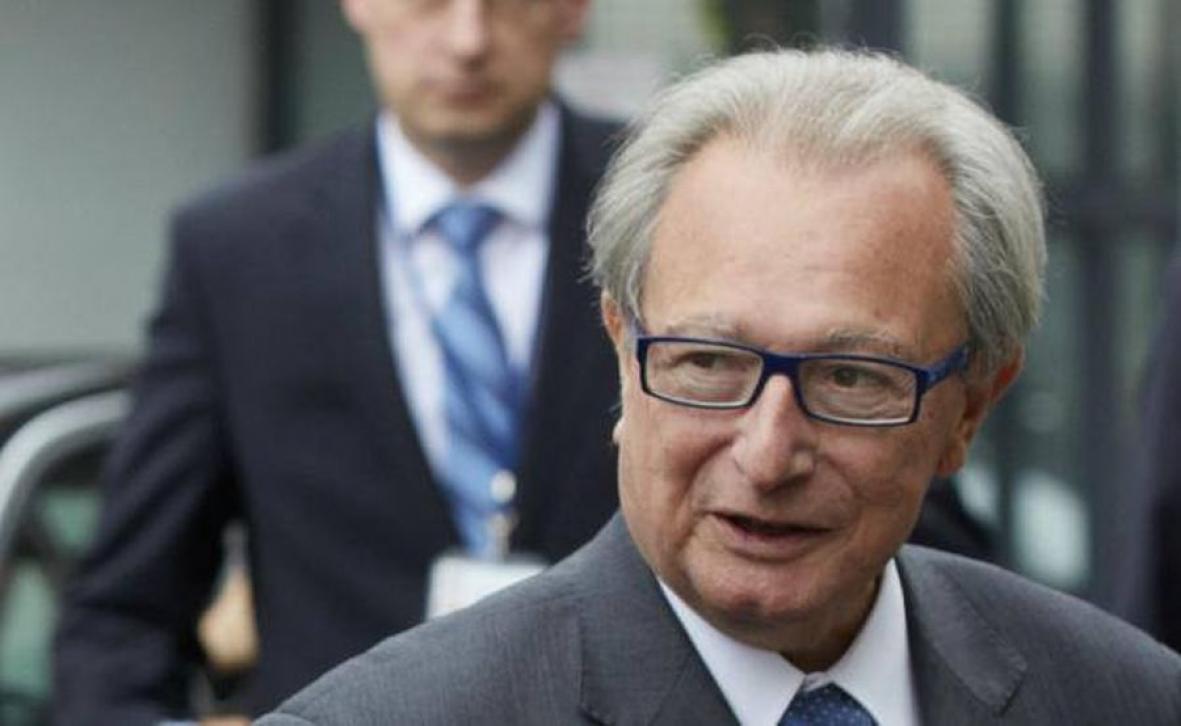 The President of the International Residual Mechanism for Criminal Tribunals (Mechanism), Judge Carmel Agius, yesterday presented the Mechanism’s seventeenth progress report to the United Nations Security Council (Council) by video-teleconference from The Hague.

At the outset, President Agius reflected on the upcoming tenth anniversary of the Mechanism’s establishment on 22 December, recalling the determination of the international community to continue fighting against impunity for serious violations of international humanitarian law by taking the bold step of creating a new kind of judicial institution. He also recalled the recent seventy-fifth anniversary of the United Nations, noting that: “Milestone events such as these remind us of our raison d’être and allow us to take stock of the progress we have made, as well as how much more remains to be done. By doing so, they encourage us to reaffirm the values that unite us and underlie our daily work […].”

Turning to ongoing challenges, President Agius reported on the Mechanism’s ability to remain operational and achieve significant results throughout the reporting period, despite the ongoing COVID-19 pandemic, including by relying on its inherent and distinctive features, such as provisions allowing for the remote participation of Judges, parties or witnesses in court hearings. In this context, he acknowledged and sincerely thanked the Mechanism’s Judges and staff for their outstanding commitment.

With respect to the Mechanism’s pending judicial caseload, the President stated that a significant portion is anticipated to be completed by the end of May next year, confirming the Mechanism’s readiness and resolve in ensuring the completion of these cases by their projected dates.

President Agius informed the Council that the appeal hearing in the Mladić case took place in late August, while the case is expected to conclude in May 2021. He further confirmed that in the Stanišić & Simatović case, the evidentiary hearings concluded in October and the trial judgement is likewise expected by the end of May 2021. In relation to the ongoing contempt cases, in the trial against Maximilien Turinabo et al. in Arusha, which commenced on 22 October, the President noted the conclusion of the presentation of Prosecution witnesses and the anticipated start of the Defence phase in the first part of 2021, with the trial judgement also expected in May 2021. Regarding the contempt case against Petar Jojić and Vjerica Radeta, President Agius informed the Member States of a decision, issued on 8 December by the Single Judge seised of the matter,“reiterating the previous request to Serbia to comply with its obligation to transfer the accused to the seat of the Mechanism in The Hague without delay”.

The President then turned to the safety and well-being of all persons under the Mechanism’s supervision in the context of the COVID-19 pandemic, emphasising the system of heightened vigilance and strict measures in place at the Mechanism’s detention facilities in The Hague and Arusha under the supervision of the Mechanism’s new Registrar, Mr Abubacarr Tambadou. President Agius also expressed his heartfelt gratitude to each of the Mechanism’s 15 enforcement States for their generous cooperation and support in relation to the 50 convicted persons currently serving their sentences, including Belgium, which became the fifteenth enforcement State in September. Speaking of cooperation more generally, the President reiterated that: “[T]he support of Member States is crucial to the Mechanism’s ability to effectively discharge its functions, and we will continue to rely on your valuable assistance in the months and years to come.”

In conclusion,  President Agius expressed his deep gratitude to the Members of the Council on behalf of the Mechanism, “for all the support provided since the Mechanism was brought into being ten years ago”, conveying his hopes that the Mechanism will make important headway during the coming reporting period, and ultimately be successful in fulfilling its mandate.