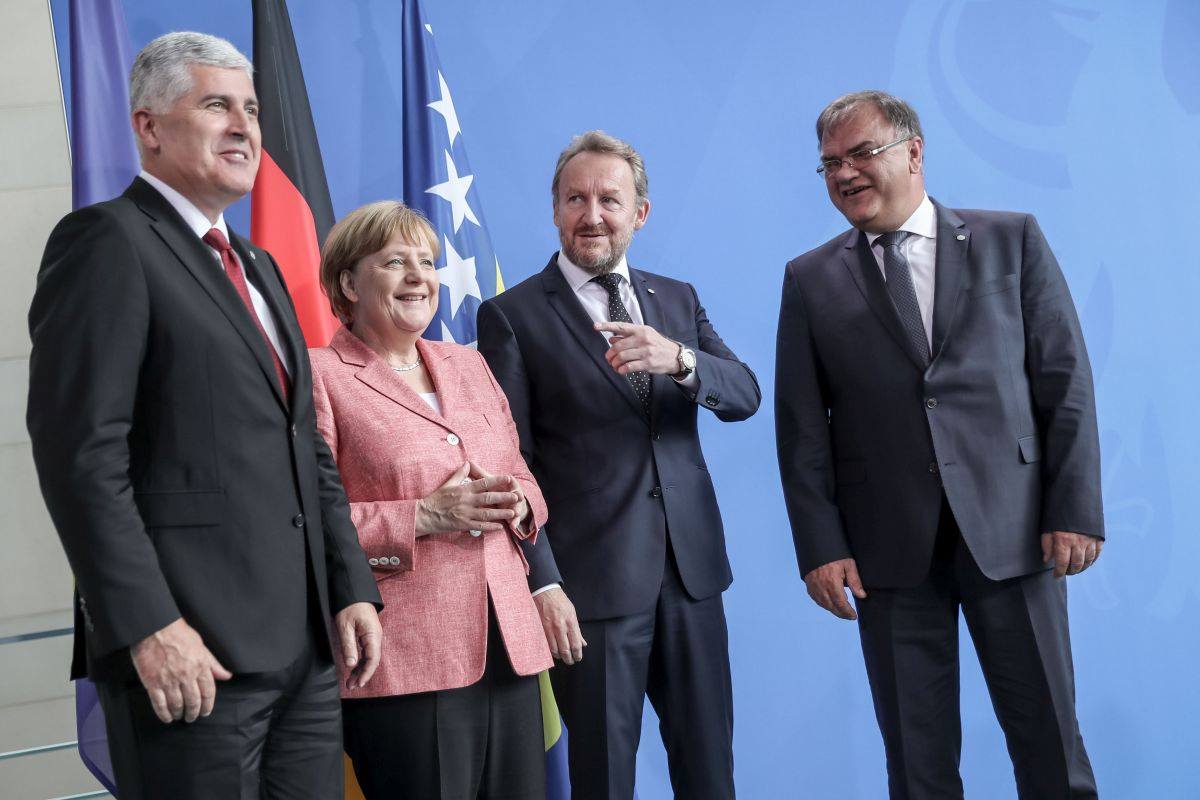 German Chancellor Angela Merkel stated yesterday after the meeting with members of BiH Presidency in Berlin that BiH made a great progress on the path of EU integration and offered every possible support of her country.

After the BiH delegation, who are in official visit to the Federal Republic of Germany, were welcomed with highest honors, members of the Presidency of BiH held meetings with Merkel and President of Germany Joachim Gauck.

Results of the discussion on the implementation of the Reform Agenda and the EU path of BiH were presented at the press conference, where Merker highlighted the friendly relations of the two countries with great optimism.

“We continued the discussion started in July last year. I promised that we will meet here in berlin next time and that we will discuss problems and progress. Our two countries have had friendly relations for a long time. Everyone who goes to BiH realizes that many people there speak German, that they lived in Germany during the war, that they worked or studied here, we also created conditions for employment,” Merkel said.

However, the main topic of yesterday’s meeting was the European perspective of BiH, and Merkel said that great progress has been achieved since her last visit to BiH, in terms of the German-British initiative, the labor law, pension and property issues, transparent economy…

“BiH submitted to the European Commission a request for accession to the EU. The Commission accepted it and should forward it, and that depends on the fulfillment of conditions that is to follow,” said the German Chancellor. In this regard, she mentioned the necessary economic reforms, the coordination mechanism and the Stabilization and Association Agreement.

“There is a lot of work in BiH that is not simple and problems always arise. I want to thank the Presidency members for always demonstrating the will to work together and remove obstacles on that path,” Merkel stated.