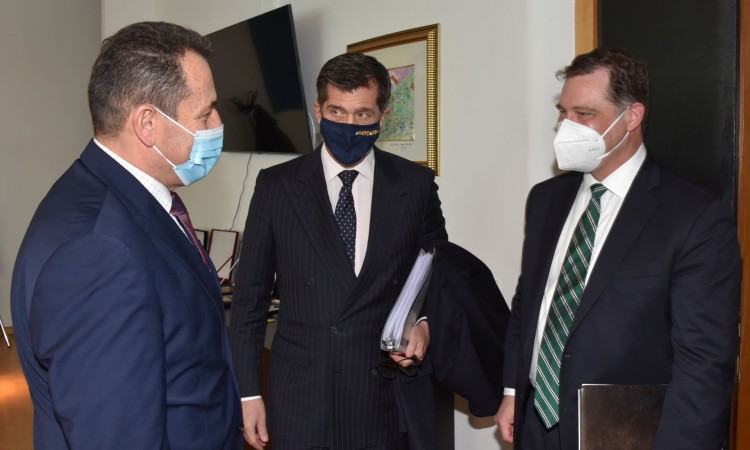 Acting Assistant Secretary of State at the US Treasury Department Paul Ahern met with domestic political leaders this week to point out the risk to Bosnia and Herzegovina’s investment climate and citizens’ trust if BiH fails to implement key reforms related to the prevention of money laundering and terrorist financing and does not take serious steps to eradicate corruption.

Ahern arrived in the region to discuss the threat that corruption poses to the stability and prosperity of the Western Balkans, and especially to BiH.

In meetings with BiH Council of Ministers Chairman Zoran Tegeltija and Finance and Security Ministers Vjekoslav Bevanda and Selmo Cikotić, Ahern was briefed on the challenges BiH faces as it prepares for the 5th round of the MONEYVAL Mutual Evaluation according to FATF standards.

Ahern stressed that BiH must act quickly to improve its anti-money laundering and anti-terrorist financing (AML / CFT) system, otherwise it could be returned to the FATF “gray list”, which is why he urged BiH to show MONEYVAL not only that it is capable of a new law, but also the implementation of an effective system for combating money laundering and terrorist financing.

He warned that without reforms, investors and financial institutions could give up doing business with BiH, adding that the US government supports BiH citizens seeking a government that will enable a more prosperous future without corruption.

As highlighted in the recently released U.S. Anti-Corruption Strategy, for President Joseph Biden and his administration, fighting corruption is a national security priority.

The conclusions of the National Assembly of the Republika Srpska from December 10, aimed at withdrawing competences from state institutions, threaten to annul the last twenty-six years of peace and stability in the region, the US Embassy in BiH said in a statement.

All leaders in BiH have a responsibility to work to calm tensions and engage in dialogue through BiH institutions.

“The United States will not hesitate to hold actors in BiH, regardless of their political affiliation, responsible for their destabilizing actions and constant corruption. The US Treasury Department can and wants to use all available means to counteract corrupt actors who endanger the future of BiH and its citizens,” said Acting Assistant Secretary of State Ahern.