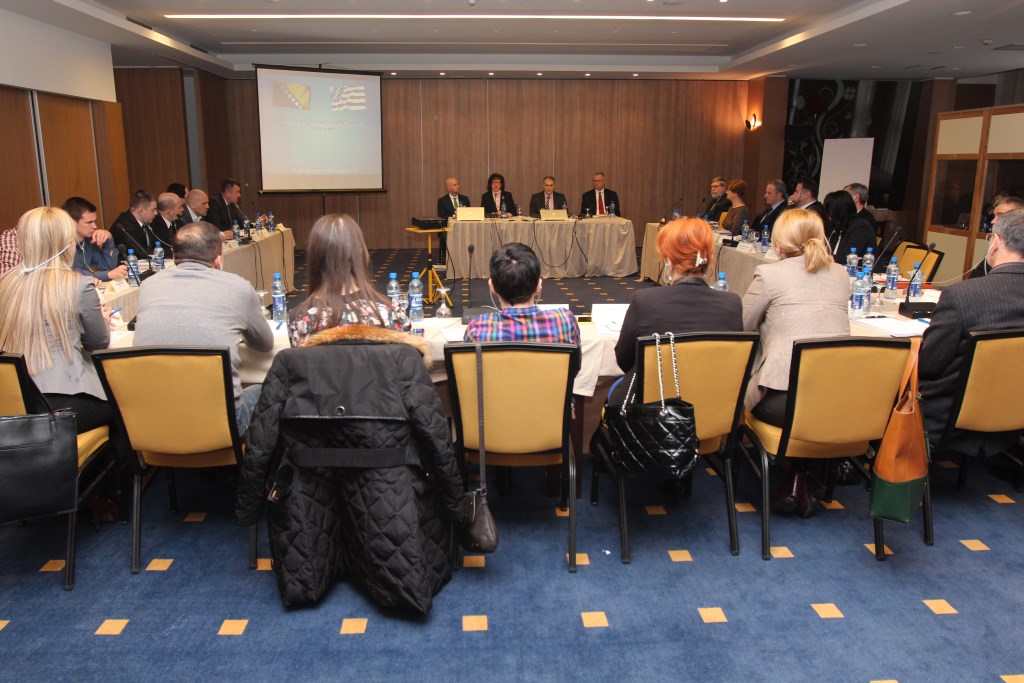 Ambassador Maureen Cormack officially welcomed participants to a Counter-Terrorism Workshop in Sarajevo hosted by the U.S. Department of Justice in order to encourage cooperation between investigators and prosecutors.  The two-day event held at the Hotel Hollywood features American counter-terrorism experts and their counterparts from SIPA and the BiH Prosecutor’s Office providing insight on how to better investigate and prosecute terrorism cases, as well as a scenario designed to challenge the methodology for investigating foreign fighter cases and better identify potential threats.  A similar workshop will be held next week in Teslic.

In her opening remarks, Ambassador Cormack noted that “Bosnia and Herzegovina must commit to countering violent extremism, and to prosecuting terrorism and foreign terrorist fighters.  To counter extremism, we need to develop alternate paths for young people – jobs, educational opportunities – that can turn them away from radicalism and violence.”  She also emphasize that “The prosecutors and police investigators here today have one of the greatest responsibilities of all.  The people of this country rely on all of you to uphold justice and protect them from terrorist threats, and to have the courage to stand up and prosecute those responsible.”

The Ambassador commented on her role in helping to build the global coalition to counter ISIL while working with the Special Presidential Envoy General John Allen in Washington, noting that BiH is a part of that coalition, but that “Combatting violent extremism in Bosnia and Herzegovina requires the increased engagement of political leadership, institutions, and civil society.  This country is a source of foreign fighters supporting ISIL, and this is a problem that affects all of its citizens.”

EUD/EUSR welcomes BiH HoR Confirmation of CoM Chairman Zvizdic
Next Article Sarajlić: Kojić and Gulnar are travelling with the Team to Međugorje
Leave a comment Leave a comment