The text entitled “Reconciliation and remembrance for a better future” is transmitted in its entirety.

On the International Day of the Missing and more than 25 years after the war, Bosnia and Herzegovina needs increased attention from the international community. The current political situation represents the most serious crisis in the country since 1995.
Some politicians in Republika Srpska openly implement the policy of secession, others threaten “territorial reorganization”, endangering territorial integrity. Political elites prevent reforms at all levels, thereby denying a more peaceful and prosperous life, as well as a future in the European Union.

The fact that ethnic divisions are deepening, instead of being overcome, is particularly alarming. The political and security foundations of peace in Bosnia and Herzegovina must be preserved. The Office of the High Representative (OHR) continues to play an important role in this regard, as does the EUFOR operation Althea and NATO.

More than ever, as we commemorate this important day, we must not forget the tragedies and horrors that citizens suffered throughout the Balkans during the 90s. Europe witnessed the first armed conflict since World War II, and genocide, war crimes and atrocities left deep scars throughout the region.

Last month we marked the 27th anniversary of the genocide in Srebrenica, Bosnia and Herzegovina. This happened less than a generation ago. The world said “never again”. However, we see that war and violence are once again plaguing our continent.

Russia’s unprovoked, barbaric invasion of Ukraine shakes the very foundations of our societies – territorial integrity, sovereignty, democracy and the rule of law. Putin’s relentless aggression threatens the security of us all. We see that Russia is trying to export instability to Europe. In this regard, it is crucial that the Western Balkans strengthen their resilience in order to advance on the European path.
As strong and long-standing friends of the region, Great Britain and Germany, together with the European Union, the United States of America and other international partners, are committed to supporting the peace and prosperity of the Western Balkans, providing opportunities and hope for generations to come. However, we must be clear that a brighter future for all means dealing with the legacy of the past.

These include reconciliation, ensuring justice for victims and ending impunity for war crimes. Germany and Great Britain have long supported efforts in these fields. It is especially important to hold perpetrators of war crimes accountable. Unfortunately, a lot still needs to be done in that field.

Commemoration is important. Looking back and learning from mistakes is the basis for a step forward. That is why we think that projects in this field are very important. Great Britain is supporting the Srebrenica Memorial Center in developing capacity and establishing a global center for genocide research, prevention and reconciliation.

In March, German Foreign Minister Annalena Baerbock met with representatives of the Association of Mothers of Srebrenica in Sarajevo, when she underlined the key interest in the political stability of the region. In addition, Germany supports reconciliation projects in Bosnia and Herzegovina, especially intercultural exchange and youth education projects.

Meanwhile, of the tens of thousands of people who disappeared without a trace during the wars of the 90s, more than 11,000 have not been found. Today we remember them. For their grieving families, the agony of waiting continues, more than 20 years after the end of the war. That is why the UK and Germany fund the work of the International Commission on Missing Persons (ICMP) and the International Committee of the Red Cross (ICRC) and support the work of the UN, OSCE and others, encouraging the regional and bilateral cooperation needed to solve open cases.

We welcome the regional determination to work together across borders and to put families at the center of the process. We encourage them to maintain that sense of purpose and urgency, in order to provide comfort to families still searching. The cooperative government of the countries of the Western Balkans remains crucial and this cannot and must not be politicized.

Through the Berlin Process, all countries in the region committed to significant commitments to achieve progress in the prosecution of war crimes, locating and identifying missing persons and strengthening good neighborly relations in a declaration signed at the London Summit in 2018. The Berlin Process, which will continue under the auspices of the current German government, will continue to attach great importance to matters of reconciliation.

As friends and supporters of the Western Balkans, we are committed to supporting reconciliation efforts throughout the region and at the international level, including the Berlin Process. It is our collective responsibility to do everything in our power to bring justice to the victims of the conflict, peace of mind and recognition to their families, and lasting reconciliation throughout the region. 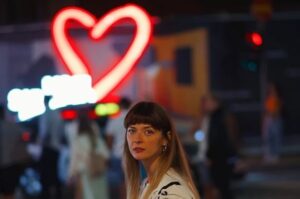 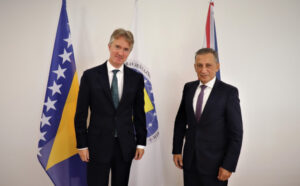