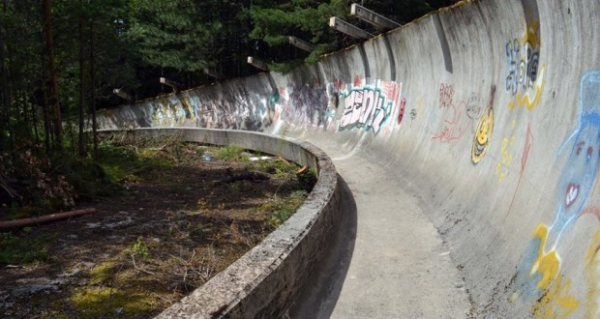 The Government of the Canton Sarajevo (CS) is ready to provide the preconditions, including the money necessary for the reconstruction of the bobsled track on Trebevic if Barcelona in its application for the 2030 Winter Olympics delegates Sarajevo as one of the locations for the Games.

”This is a historic opportunity to bring the Olympics back to Sarajevo,” it was pointed out during the meeting in Barcelona, which was held by the delegation of the Government of the CS led by the Prime Minister Edin Forto with Alejandro Blanco, the President of the Spanish Olympic Committee, Klix.ba writes.

President Blanco presented to Prime Minister Forto and Minister of Culture and Sports Samir Avdic what activities are underway with the aim of submitting Spain’s bid for the organization of the 2030 Winter Olympics expressing support for the efforts of the Government of the CS to initiate activities to revitalize the bobsled track on Trebevic.

Support for this effort was also expressed by the Deputy Mayors of Barcelona Laura Perez Castano and Jordi Marti, as well as Felip Roca, Director of International Relations of the City of Barcelona at the meeting attended by the Ambassador of Bosnia and Herzegovina (BiH) in the Kingdom of Spain Danka Savic, and the Honorary Consul of BiH in Barcelona Ramon Jufresa Duran.