The Deputy Chairperson of the Council of Ministers and the Minister of Foreign Affairs of Bosnia and Herzegovina (BiH), Bisera Turkovic, sent a letter of protest to Dritan Abazovic, the Prime Minister of Montenegro and the coordinator of the Ministry of Foreign Affairs, regarding the presence of the Ministers of Justice and Finance of Montenegro, Marko Kovac and Aleksandar Damjanovic, at the academy marking January 9th as the day of the BiH entity of Republika Srpska (RS).

The presence of ministers from the current government of Montenegro to mark the illegal holiday, Turkovic added, represents an act of disrespect for the institutions of BiH, especially since the Prime Minister of the Government of Montenegro Dritan Abazovic attended the commemoration of the Genocide Remembrance Day in Srebrenica on July 11th last year.

”Allow me to remind you that on January 9th, 1992, there was an attack on the constitutional and legal order of BiH, the prelude to aggression, ethnic cleansing, mass crimes, and genocide, which were judged by international courts. The fact that the ministers of the Government of Montenegro, a NATO member state, agreed to attend the ceremony where the medal was awarded to Vladimir Putin, the president of the Russian Federation, which is carrying out aggression against Ukraine, is also surprising,” Turkovic added.

Montenegrin officials, she concluded, are always welcome in BiH and we are ready to work even harder to connect our two countries, ”but the key prerequisite for cooperation is mutual respect and respect for the decisions of courts and relevant institutions of friendly countries,” announced the Public Relations Office of the Ministry of Foreign Affairs of BiH. 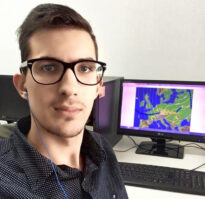