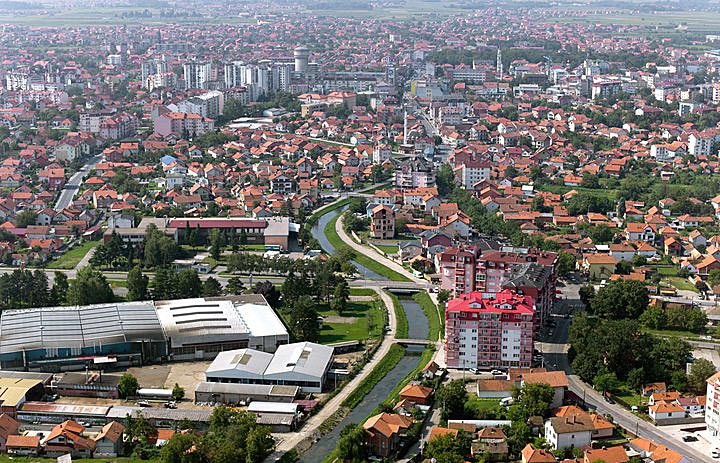 On November 21st, the town of Bijeljina was visited by Christian Heinrich-Jaschinski, the Prime Minister of Elba-Elster in Brandenburg, a county in the northeast of Germany, who talked with Mayor of Bijeljina Mico Micic about the opportunities for cooperation in the fields of economy, agriculture, local economic development, and local self-government.

Micic and Heinrich-Jaschinski agreed that Semberija and Elba-Elster have similarities  – agriculture is the main industry in both regions, both are located along two large rivers and have a similar population number, but also the willingness to cooperate beyond the European borders.

‘’We presented our economic, agricultural and touristic potentials, visited Business-Industrial Zone 2 and Ethno Village ‘Stanisici’, and discussed the possibilities for exchanging experiences in the planning processes in order to meet the goals of the 2030 Agenda, in which Bijeljina achieves the best results in BiH,’’ Mayor Micic emphasized after meeting with Prime Minister Heinrich-Jaschinski.

Micic added that the guest from Germany was also interested in plans for the construction of the highway, but also in the possibilities for support in accelerating the flow of goods across the borders.

Together with the Prime Minister Heinrich-Jaschinski, there was also the director of the Sarajevo office of the ‘’Konrad Adenauer’’ Foundation, Sven Petke, with whom representatives of the City of Bijeljina discussed possibilities for supporting the Foundation with the aim of establishing contacts between the City of Bijeljina and institutions in Germany, primarily as part of Bijeljina’s efforts to achieve objectives of the 2030 Agenda, biznisinfo.ba portal reports.