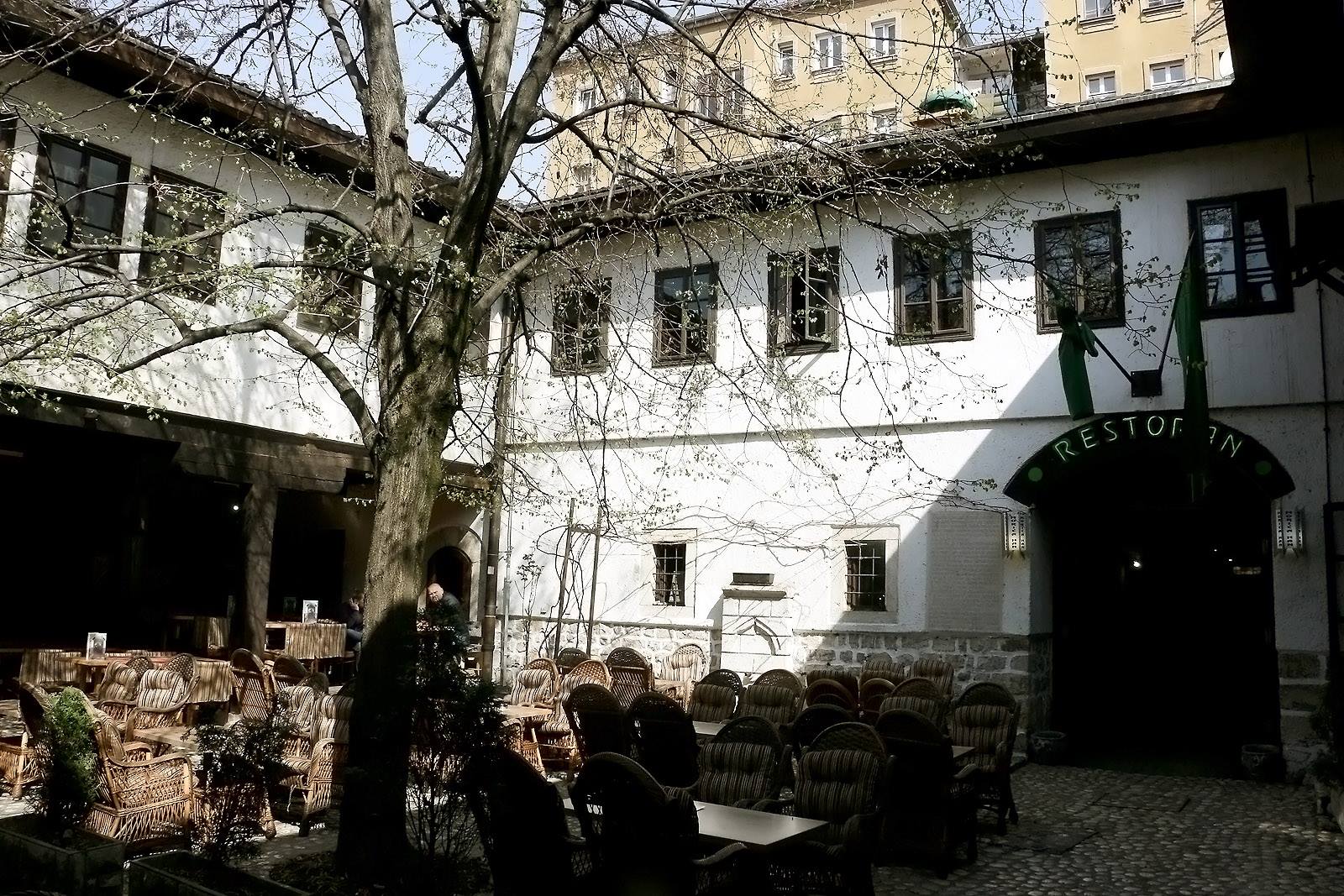 “Life is short for Sarajevo”, said the renowned BiH writer Abdulah Sidran. Not many cities in the region can boast with what Sarajevo has. This does not refer to imposing buildings or impressive roads. Sarajevo has a soul…

The soul of one place is represented by something that is neither material nor concrete. The soul of a place are the sung songs, written books and retold legends. Sarajevo and BiH are abundant with these. However, that is also something that an ordinary citizens is the least informed about. The last remaining witnesses of Sarajevo legends are mute tombstones, forgotten graveyards and inscriptions in ancient Turkish language. One of the most tragic and also the legend of Sarajevo which is the most present in traditional songs is certainly the one about the Morić brothers.

The Morić family, after which the han of Gazi Husrev-Bey’s Waqf on Baščaršija is named, is one of the oldest and most famous Sarajevo families. What made this family enter the legends, along with Alija Đerzelez and other legends of Sarajevo, is a tragic event from 1757. The legend speaks of two brothers, Mehmed and Ibrahim Morić, who were executed due to participating in armed conflicts and riots against the current authorities during the perennial anarchy in Sarajevo in the 18th century.

The last name Morić is mentioned for the first time in 1722, in a document which serves as a permit to Mustafa-aga Morić for the construction of a mill on the Miljacka River, next to the Emperor’s Bridge. According to different sources, Mustafa-aga, who served as a janissary in the Ottoman army, was married to Amina with whom he had three sons – Mehmed, Ibrahim and Alija, and a daughter Atija. The legend says that Mehmed’s and Ibrahim’s mother Amina was visited one day by her brother, who was a pasha. When he came, he put a cord on Mehmed’s and Ibrahim’s neck, and slapped Alija. When his sister Amina asked him what he was doing, he did not answer, but he brought her some water from Toplik. This event was interpreted to Amina as if her two sons will be strangled and that Alija will die at young age, and that she will be drinking water to handle the pain. What makes this story interesting and intriguing is the fact that Alija died as a young man several years later, while Ibrahim and Mehmed were strangled in the Sarajevo fortress. Therefore, the dark prophecy came true.

The tragic path of Ibrahim and Mehmed Morić starts in 1747, when riots started in Bosnia and people started openly opposing the Turkish authorities. The riots lasted for 20 full years and, according to the famous historian Mula Mustafa Bašeskija, those responsible for the riots were pashas who started oppressing the poor categories of society.

As the riots continued, conflicts started bursting between the insurgent groups in Sarajevo, resulting in around 150 lost lives. Brothers Morić, who have been dealing with trade until then, directly participate in conflicts and soon become a symbol of anarchy and rebellion in Sarajevo. After a while, the Sarajevo traders decided to put an end to the anarchy and ended up with capturing and executing one of the leader of riots, Sari Murat, in cooperation with the city authorities.

In order to revenge, supporters of Sari Murat kill six prominent Sarajevo traders. This crime additionally motivates the people of Sarajevo for a final showdown with an anarchists. The next day, they capture and imprison 23 participants in the crime. The Morić brothers Ibrahim and Mehmed Morić were among the captured anarchists.

Although the traditional songs say differently, according to the legend Amina survived the death of her sons and lived long after. The legend also says that she locked herself in a room for seven days after her sons were executed, without drinking or eating. She died in 1773, leaving the daughter Atija and grandson Mustafa behind. The Morić brothers, who are described in songs as heroes unjustly sentenced to death, are presented in the majority of legends as city bandits and vagrants. This is supported by the tale that Morići used to spend their free time sitting on Šeher-Ćehjina Bridge, smoking a pipe and preventing people from walking across the bridge.

The Morić brothers are buried in the harem of Hajji Mosque in Alifakovac, next to their father Mustafa.