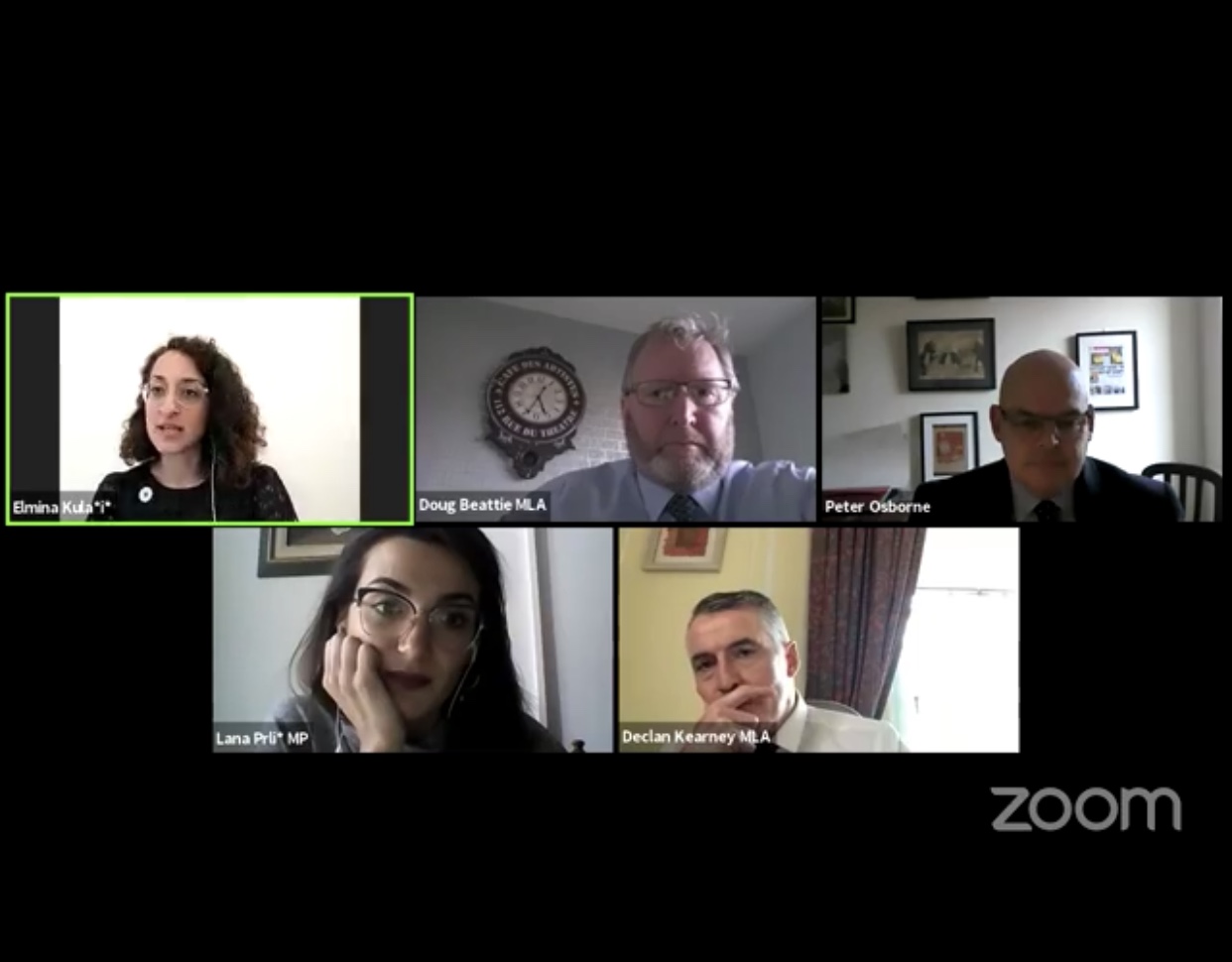 On Monday, an online panel made up of academics, politicians and survivors agreed that the 1995 Dayton Peace Agreement ended the killings in Bosnia but not the war.

In a Zoom webinar hosted by British charity Remembering Srebrenica UK on Monday 14 December, experts and survivors of the Bosnian genocide discussed the effectiveness of the Dayton Peace Agreement which was formally signed a quarter of a century ago, ending physical conflict in Bosnia and Herzegovina.

According to Dr Jasmin Mujanović, a California-based political scientist and co-host of the Sarajevo Callingpodcast, while Dayton did previously provide peace, its usefulness has diminished over time, and reform is imperative.

“Dayton was, once upon a time, the Alpha and Omega, because it gave us peace, and peace is always preferable to war…But, there are just and unjust formulations of peace—and the more time that has gone on, the less just, but also the less functional Dayton has become.

“I think it’s very very important that we start thinking very very seriously, and initiating move towards the creation of a genuinely democratic, secular, multi-ethnic, liberal regime in Bosnia Herzegovina—one that will elevate all peoples, all individuals in that country, and give them the opportunities to really create a new future for that country,” he said.

Lana Prlić, MP from the Social Democratic Party Bosnia and Herzegovina who was born in 1993 during the conflict, said that while Dayton did accomplish peace, disharmony has both continued and escalated.

“Dayton Peace Agreement did make the peace and actually stopped the war, but also caused this thing that today, 25 years after, we still have people who feel themselves actually as strangers in their own country because those ethnonationalistic policies are getting stronger and stronger.

“We have now elected politicians who are not respecting the constitution of this country or matter of fact [sic], they just do not respect this country as a whole country, but only half of it.

“It’s a really hard struggle as long as the constitution says that ‘this is the country of Serbs, Croats, Bosniaks and others’, and not the country of ‘all its citizens’,” she said.

Elmina Kulasic, the Bosnia and Herzegovina Country Director for Remembering Srebrenica UK, who is also a survivor of the Bosnian genocide, seconded this.

“We have a very complex political structure, it’s very divisive—we have the smaller entity which wants to declare independence from Bosnia, and they are reminding us of that on a daily basis,” she said.

According to Ms. Kulasic, despite the Dayton deal, the war itself has not ended.

“The Dayton peace agreement, I would say, stopped the fighting, but did not stop the war—war for specific ideology of nationalism and territorial conquest is still very much present.”

“Dayton stopped the killings but it did not stop the war—war for human rights,” Ms. Subašić said. “In this region it’s us, the mothers who have survived the genocide and the worst atrocity since World War Two, who are trying to somehow instil in our children, love, tolerance and respect for others…and we have succeeded.

“We, the Mothers of Srebrenica, who have survived the genocide and who have lost our sons, husbands, daughters, and many of us who have been raped…we’ve built a kind of peace…our children do not hate, they’ve not committed any acts of revenge…Our children are friends with Serbs, Croats, Roma, Catholics and others who are good.

December 14 marked the 25th anniversary of the formal signing of the Dayton Peace Agreement in Paris, which ended the physical conflict in Bosnia. The deal was first reached in November 1995 at an Air Force Base near Dayton Ohio, USA.

The webinar held on Monday by Remembering Srebrenica UK also included discussion of the efficacy of the Belfast Agreement, which ended violence in Northern Ireland on Good Friday in April 1998.