The FBiH Government adopted amendments to the Draft Law on Income Tax at the proposal of the FBiH Ministry of Finance. The amendments established today become an integral part of the Draft Law, which the Government previously submitted to the parliamentary procedure under the regular procedure.

One of the amendments established that income up to BAM 1,000 will not be taxed. This amendment to the proposal of the Government’s law in the Parliament changes the personal deduction on a monthly level from the proposed 800 BAM to 1,000 BAM as an item in the calculation of total income.

According to the explanation of the second established amendment, it was also proposed that for tax-exempt income such as scholarship, practice costs, and education and volunteering, the method of reporting exempted income should be changed from a fixed amount, as it was, to a percentage amount concerning the average salary. The proposal for this change was driven by future unanticipated inflationary pressures, where these exempt amounts will rise as average wages rise.

In addition, the proposal is to increase the amount of exempted income in the name of severance pay when retiring from three to six average salaries. The proposal for this change was also prompted by future unforeseen inflationary pressures and income protection for future retirees.

The Law on Infertility Treatment with Biomedically Assisted Fertilization introduced that the costs of this treatment are recognized at the expense of the budget of the Federation of Bosnia and Herzegovina, and this type of income is incorporated into the categories of tax-exempt income.

Also, the amendment stipulates that the start of application of the law will be 1 January 2024, announced the Press Service of the FBiH Government.

Increase of Salary recorded in the Federation of BiH
Next Article 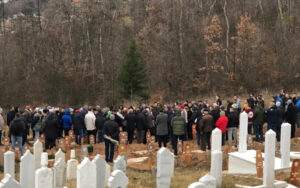