There’s something unmistakably eerie about walking down the abandoned bobsleigh track from the 1984 Winter Olympics, each sweeping turn is now covered in brightly coloured graffiti.

Weaving through the dense forest high on Mount Trebevic, the track is a stark reminder that Sarajevo in what was then Yugoslavia, now the capital of Bosnia and Herzegovina, hosted the games eight years before a war that left the city under siege for four horrific years in the Nineties.

Some of the venues from the games – where Jane Torvill and Christopher Dean took gold on the ice rink – are intact. The ski jump remains in nearby Igman, and the Olympic rings still stand proudly in Jahorina, where the women’s downhill race took place.

Just a 45-minute drive (34km) from Sarajevo, today it’s a flourishing ski resort – the only one in the world with a capital city so close by. Taking to the slopes in Jahorina, it’s obvious these mountains aren’t comparable to the sheer scale and piste variety of the Swiss or French Alps – and admittedly advanced skiers might lose interest quickly here.

But the 45km of skiing territory at Jahorina provides a fascinating – and cheap – alternative to Western Europe’s famously pricey resorts. After all, it’s not unheard of for ski holidays to the Alps to exceed thousands of pounds before you’ve so much as ordered your first mulled wine.

In truth, the early December snow is patchy, so your best bet for more reliable powder is January and February. “There hasn’t been a bad winter [for snow] in the last five years,” says Graeme Higgs of Ski Sarajevo, the only British company offering package ski holidays here. The amount of Brits you’ll find here is minimal, though –  only 8,000 to 10,000 visited last year, and that was mostly in the summer.

In September, FlyBosnia launched the first direct flights in years from the UK (London Luton, two hours) to Sarajevo airport, 15 minutes from the city. It means the destination is more accessible than ever, and if my empty outbound flight is anything to go by, ski fans are yet to cotton on.

I can’t say I’ve ever felt ‘off the beaten path’ on a ski trip before; although the residents are warm and welcoming, they are curious about why we’re here, and I hear only the local languages on the slopes and in the on-piste bar, where we clink £1.20 beers and the malty Bosnian cola, Cockta, under blue skies in the sunshine.

Graeme estimates a ski holiday here costs a third of what it would in the likes of Chamonix or Tignes. A six-day lift pass is £104, or £22.50 for a day, and food, drink and accommodation are also a fraction of the price. Plans for the future include a new cable car and potentially connecting several ski areas with the same lift pass. Factor in the promise of safer skiing – there’s less avalanche risk because of the relatively small peaks of around 2,000m, few sheer faces and a lot of tree cover to protect against any that might occur – and Bosnia & Herzegovina quickly becomes very appealing.

Dismounting the chair lift on a red-blue run, I see a rebuilt radar station said to have been bombed by Nato, triggering the signing of the Dayton agreement and the end of the civil war. It’s impossible to forget that it was from the mountains that Bosnian-Serb nationalist forces tried to take Sarajevo, surrounding the city almost entirely from 1992 to 1995, following the declaration of independence and fall of communism in former Yugoslavia.

Twenty-four years on, Bosnians, Bosnian-Serbs and Bosnian-Croats are living in harmony but the atrocities, which killed an estimated 110,000 people, including 8,000 Muslim men and boys in the Srebrenica genocide (for which war criminals are still being tried in The Hague) are in living memory for everyone I meet.

“I was seven when the war broke out,” Skender Hatibovic, a guide for Sarajevo Funky Tours, says. “My
family and I mostly lived in my grandmother’s basement. Our house was hit several times.”

Many civilians were killed by bombs – there were around 330 a day, he says – and snipers, while simply attempting to find food or water for their families, or go to work. Skender remembers his father making many runs for supplies and medicine for his sick brother, and being unable to go to school for eight months.”You cannot really say you survived intact.”

I step down into part of the 800-metre tunnel that was built in 1993 under the United Nations-protected airport, its metal structure and low ceiling still intact. “It saved us,” Skender explains. Until the conflict ended in 1995, it was a lifeline for food, supplies and weapons for the Bosnian army, many of whom were ordinary civilians before the war broke out.

Today, Sarajevo is a city of two stark halves; there’s literally a line between the old Turkish town of Ottoman-style bazaars, where silver trinkets, traditional coffee sets and hand-stitched textiles spill onto the pedestrianised streets, and a district of Austrian-Hungarian architecture, with business blocks and modern shopping malls. But it makes sense in a Balkan country where East meets West, where there are as many mosques as churches, and a mix of ethnic groups, Lauren Taylor explained for Times local newspaers. 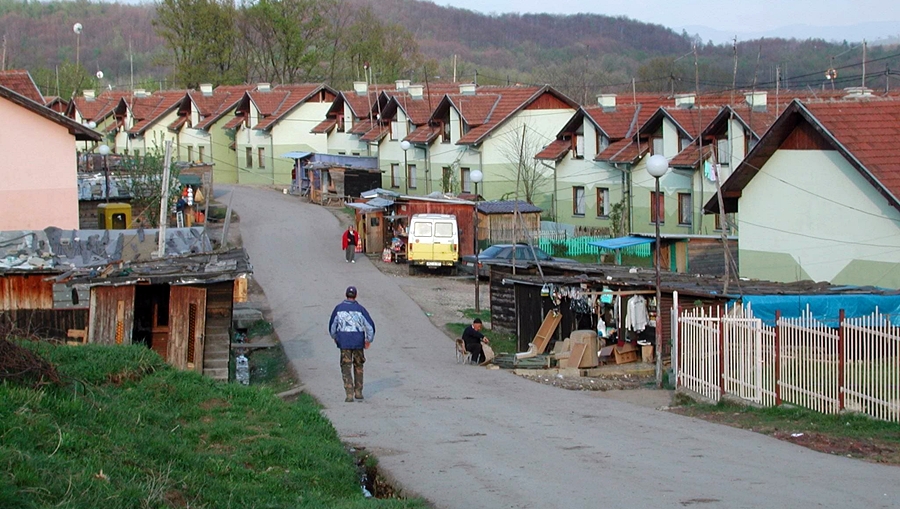