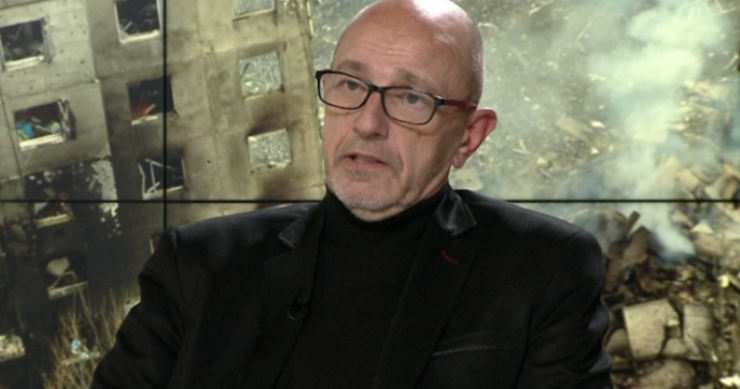 After he prepared cevapcici (traditional meatballs) with the President of Serbia, Aleksandar Vucic, the President of the European Council, Charles Michel, arrived in Bosnia and Herzegovina (BiH) yesterday. Symbolically, on the eve of the 30th anniversary of BiH’s accession to the United Nations (UN).

The visit comes at a sensitive time, after the HDZ BiH blocked the financing of the General Elections, creating a new political crisis, in the days when German Christian Democrat David McAllister (CDU), the head of the European Parliament’s foreign policy committee reveals the scandal that Croatian Prime Minister Andrej Plenkovic is lobbying in Brussels, happily drawing maps of BiH (!?), while the country’s president, Zoran Milanovic, is blocking NATO’s path to Sweden and Finland over BiH’s election law, and BiH’s presidency member and “partner,” Milorad Dodik, is writing fascist letters to Viktor Orban, Putin’s protégé and the Union’s right-wing icon.

With what messages does Michel come? How do the citizens of BiH understand these processes?

”The citizens of BiH should finally reject all illusions about the good intentions of the so-called mediators who come to our country in front of the European Union (EU),” says prof. Dr. Zlatko Hadzidedic, political scientist, international relations expert, and analyst continued:

”Let’s list all the mediators, from Lord Carrington and Cutileiro, through those who during the war always promoted the idea of ethnic division of BiH as the only possible path to peace, to the latest initiatives to change the Election Law in accordance with the wishes of the HDZ to create a separate constituency and thus restore ‘Herceg-Bosna’. All these initiatives have always come from the EU, and have always had one single constant: to create the preconditions for the final ethnic division of BiH.”

The road to hell

According to him, there is no reason to doubt that every upcoming arrival of officials from Brussels will be aimed at strengthening those preconditions and pushing BiH in the direction of final disintegration.

”Croatia and Serbia are not the players who manage to win over European officials for their goals: on the contrary, by order of EU officials, Croatia and Serbia are only doing dirty work on the ground, such as aggression, war crimes, and ethnic cleansing, in order to create ethnically homogeneous territories that will then be awarded as a reward.

Because the concept which the geopolitical doctrine of the administration in Brussels is based on the concept of rounded ethnically clean territories in Eastern Europe and the Balkans, which they consider a precondition for stability,” Hadzidedic states.

Of course, in reality, it turned out that the creation of ethnically homogeneous territories was in fact a path to hell and lasting instability, but that reality did not force the Brussels oligarchy for 30 years to give up blind fidelity to this doctrine.

”In any case, for the citizens of BiH, who are accustomed to living in ethnically mixed territories, and to whom the concept of ethnically homogeneous territories is completely foreign, this policy of the EU administration may seem incomprehensible, and therefore they attribute the blame for such initiatives to the governments of Belgrade and Zagreb, while uncritically accepting the Brussels mediators, believing that something different will come to them from what comes from Belgrade to Zagreb,” said Hadzidedic and concluded:

”But they should finally wake up and realize that all initiatives leading to the destruction of BiH and the completion of the planned ‘Greater Serbia’ and ‘Greater Croatia’ have the political support of European officials, and are only secondarily implemented with the help of governments in Belgrade and Zagreb.”, Radio Sarajevo writes.